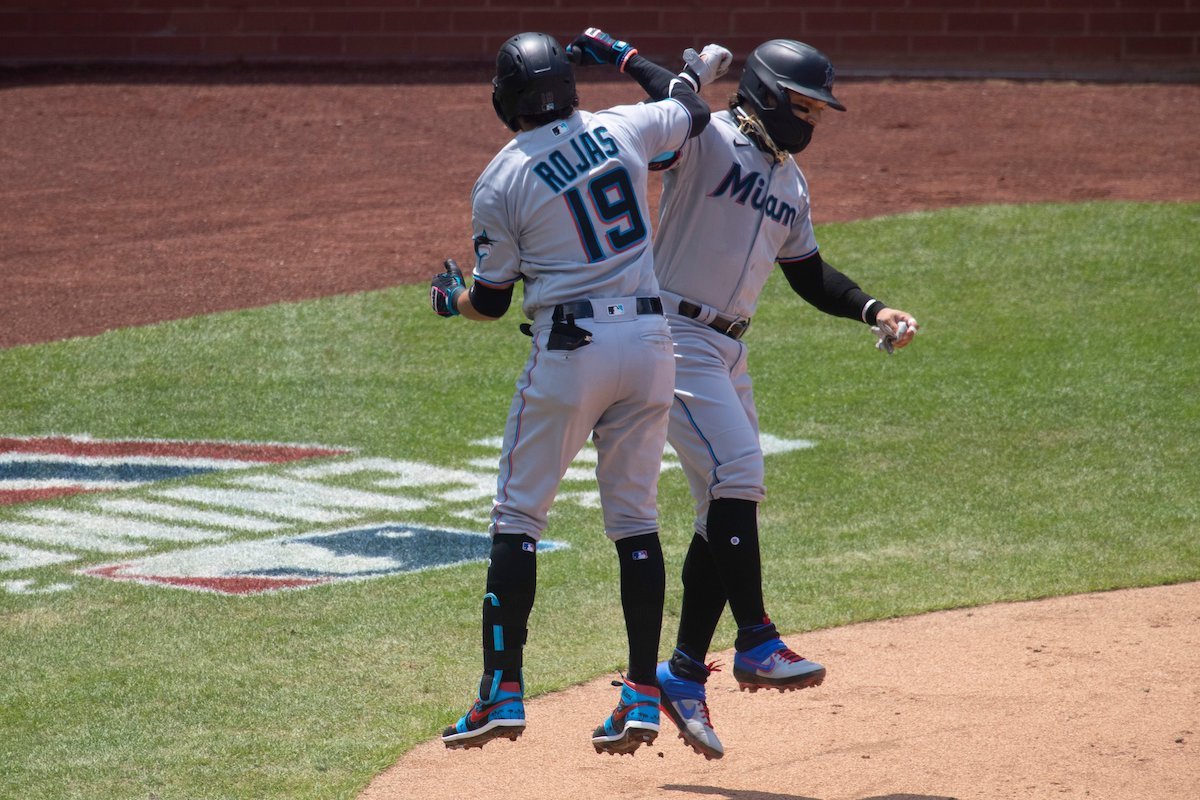 Miami, Florida – Miguel Rojas nearly hit for the cycle, leading an offense that exploded for 11 runs on 12 hits in a game overshadowed by COVID-19. Hours before the first pitch, José Ureña was scratched from the lineup due to testing positive for coronavirus. Robert Dugger, previously in the mix for the fifth spot on the rotation, was subbed in making his season debut. The Philadelphia Phillies jumped all over him scoring four runs in the opening frame, giving impressions of a lost series.

Rojas had other ideas.

Hot on the heels of Jesús Aguilar’s second dinger of the season, Miggy ripped one deep to left field with runners at the corners to tie it 4-4 in the second. Finishing last in homers last year, the Marlins erupted for four home runs on Sunday. Two innings later Rojas struck again, this time an RBI-triple to break the deadlock. Momentum had effectively swung back to the Marlins. In the end, he came up a double short of achieving the cycle. However, the shortstop’s stellar performance fired up an offense that continually sustained itself, beating the Phillies 11-6 to win the first series of the abbreviated season. The bottom three of the order were very productive, going 7-for-12 with six RBIs and four extra-base hits.

It was a bit of a seesaw game early on. Philly briefly regained the lead after Dugger’s pitch went through Francisco Cervelli’s legs. The ball bounced favorably off the wall but the catcher’s throw to third went wide, allowing Adam Haseley to score on the error. It wasn’t pretty but Dugger tried to make the best out of a rough situation pitching on short notice, lasting into the fourth inning before handing the ball over to the bullpen.

Three times the Marlins found themselves in a bases-loaded jam, the bullpen slammed the door every single time. In a series of firsts, Jordan Holloway made his major league debut in the fifth inning. It didn’t go as expected. Replacing Stephen Tarpley on the mound, Holloway walked a batter before giving up two hits to load the bases, causing coach Don Mattingly to pull him. Jeff Brigham took over and turned away the Phillies, retiring the next two hitters.

🗣NOW PITCHING FOR THE MIAMI MARLINS …

The same high-risk scenario played out in the sixth, only this time it was Yimi García pitching his way out of it. Brigham ran into a bit of trouble, giving up a hit and an RBI-double before turning the ball over to García who walked Rhys Hoskins and Bryce Harper to load the bases. A mound visit helped Yimi regain control, getting both J.T. Realmuto and Didi Gregorius to pop out to end the inning.

If Philly threatening twice wasn’t enough excitement, the relief corps needed to come through one more time in the eighth. Brad Boxberger gave up a single to Haseley and then walked Hoskins putting him in a dangerous position against the heart of the order. Not only did he get Harper to fly out, but he froze Realmuto as he struck out looking. He wasn’t out of the woods yet. After walking Gregorius who was all over the place this weekend hitting home runs and stealing line drives, Boxberger forced Jean Segura to fly out to Corey Dickerson preserving the five-run lead.

When was the last time you saw the bullpen get out of a jam this many times? Although some of the mess was self-inflicted, it was impressive to see these youngsters dig themselves out.

A total of four Marlins have tested positive for coronavirus: Jorge Alfaro, José Ureña, Garrett Cooper and Harold Ramirez. The outbreak is raising questions on whether the league should step in to protect its players and if further precautions are needed to prevent the spread of COVID within the clubhouse. Prior to the season, Major League Baseball stated they’re treating COVID cases like an injury with the games continuing. This can happen to any team, they’re not playing in a bubble like the NBA or MLS. With all the travel and movement the risks of infection are legitimate.

Marlins had 3 players test positive prior to return to Spring Training 2.0 plus 1 on intake, then went 3 weeks in Miami camp with no positives, which is pretty amazing considering Florida’s recent record. But have 3 new positives now (they’ve been on road — Atl/Phil — since Tues) https://t.co/choASQOGDV

What makes this an even more challenging prospect is how some individuals are asymptomatic, making them unwitting carriers of the disease. They can catch this on the plane, at the airport, in the hotel, anywhere really since COVID-19 is both highly infectious and airborne. This is not an isolated incident. The Atlanta Braves lost both their catchers hours before Opening Day. Tyler Flowers and Travis d’Arnaud showed symptoms. Nationals star Juan Soto also tested positive before his team’s opening night game.

Currently, the affected Marlins players are reportedly fine but their loss will have a significant impact on the ballclub going forward. In the span of a few days, the Fish lost four position players (C, 1B, RF) including a starting pitcher. Hopefully, they have a speedy recovery and both the league and organization take further measures in the interests of player safety.

Overall I was happy with the way the Marlins played today. Given the circumstances, the team had a lot going against them and they came out on top. Their offense was a balanced attack of contact hitting and the longball. Rojas flirting with the cycle wasn’t the only thing of note.

With the game-tying three-run home run, Miguel Rojas extends his hitting streak vs. the Phillies to nine games. During the streak, he is batting .471 (16×34).

Isan Díaz got his first two hits of the year, a couple of hard-hit balls, something fans want to see more of. Magneuris Sierra also contributed with a pair of base hits including his first triple of the season. Corey Dickerson’s solo home run was not only his first of 2020 but Miami’s fourth of the game, a feat occurring only twice in 2019. Coincidentally, one of them was against the Phillies (08/23/19).

The bullpen showed its mettle, dancing its way in and out of trouble. It was impressive to see the relievers stepping up and only allowing one run in nearly six innings of work. Winning the series is huge for the Marlins, giving them momentum to carry back to Miami for their home opener. With the way they’re playing, the Fish could end up 6-1 in a best-case scenario before hosting the Washington Nationals. As they say, one game at a time. One game at a time. For now, their next opponent is the Baltimore Orioles.

There were also three errors in today’s game, two of them committed by Miami (Cervelli and Kintzler). 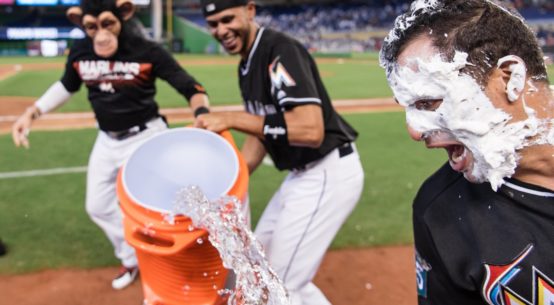