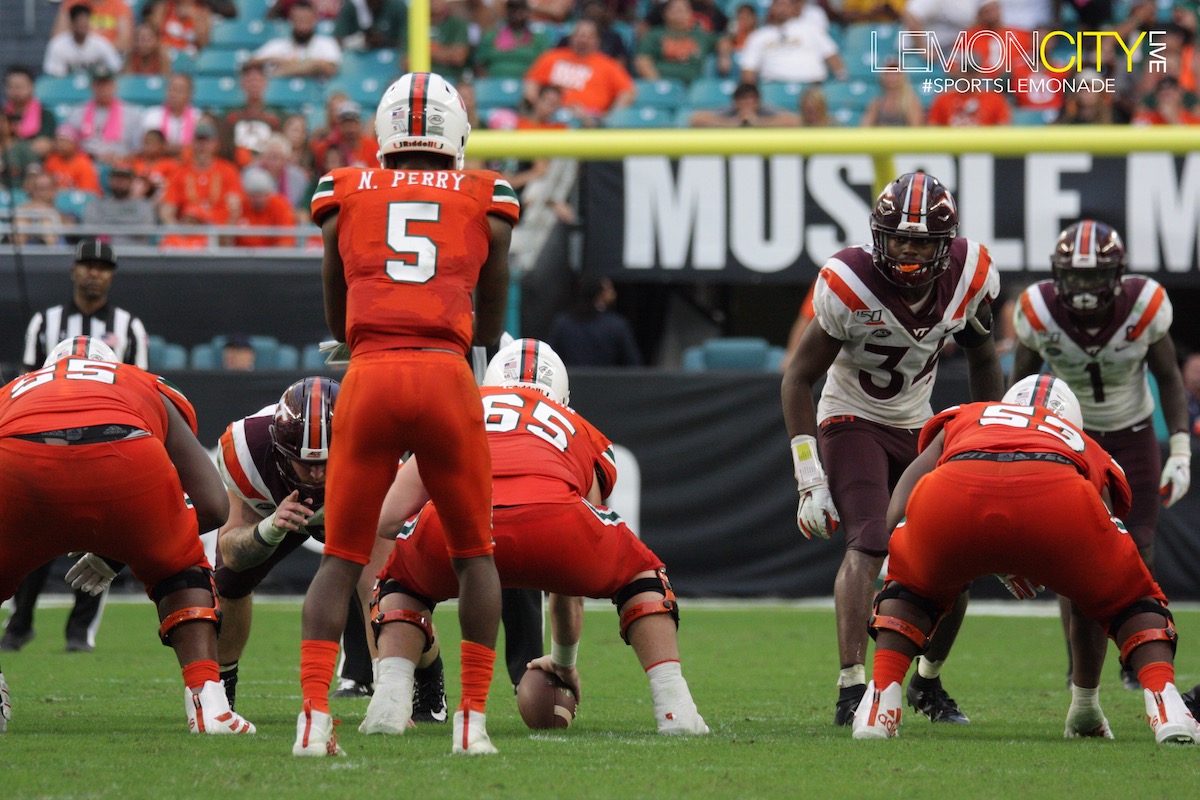 Miami, FL – After a horrendous first half that saw starting quarterback Jarren Williams get benched, the Virginia Tech Hokies held off a furious Miami Hurricanes rally to win 42-35 at Hard Rock Stadium.

It was a tale of two different Hurricanes, illustrating a very uneven performance.

On the third play of the opening drive, Williams threw his first INT of the season. The Hokies then capitalized on the good field position. Virginia Tech QB Hendon Hooker faced little resistance on the ground, rushing the ball down the field on three occasions for a combined 31 yards on their first possession, including a 12-yard rushing touchdown.

Williams tried to recover, tossing a 21-yard beauty to Brevin Jordan before letting the ground game briefly take over, helping to march the team deeper into Virginia Tech territory. However, the Miami QB threw another pick, this time in the endzone.

Things went from bad to worse.

Midway through the second quarter, the Canes showed some much-needed life after Perry connected with Jordan for a 51-yard play, placing them in the red zone. Miami ended up squandering the opportunity. In spite of reaching the Hokie 4-yard-line, three straight incompletes followed by a demoralizing interception killed the drive. Perry was looking to hit Dee Wiggins only to watch it fall into the hands of an opposing defender.

In the dying seconds of the first half, Perry went hail mary into heavy traffic. The ball bounced off one of the players and into the loving hands of Mark Pope, salvaging some of the disastrous first half with the score.

Miami had ditched the running game early, deciding to go all-in through the air. With the distinct exception of the final period, DeeJay Dallas was largely absent with the team totaling just seven rushing yards after two quarters. They finished with 94 rushing yards in total along with one score.

Then everything changed. Enter the “New Miami”.

The Canes fought back in the third quarter after forcing the Hokies into a three-and-out, beginning a furious Hurricanes rally that would ultimately see them wipe out a 21-point deficit, knotting it up at 35. Perry continued to air it out in their first drive of the quarter, targetting Brevin Jordan and Jeff Thomas for big gains before tossing it across to Jordan again for the 6-yard score, cutting the deficit in half.

Perry throws it to Brevin Jordan for the score. 8 plays covering 88 yards. Time of drive: 3:33.

UM dodged yet another potential interception midway in the third quarter after the referees called Virginia Tech’s Jarrod Hewitt for roughing the passer.

With just over seven minutes left in the game, Perry linked up with Thomas again for the 13-yard score.

As the game got closer, Miami regained the use of one of its weapons in a big, big way. Dallas juked a potential tackle and found an open field, running for the miraculous 62-yard rushing touchdown to tie the game. Unfortunately, Bubba Baxa missed the point after attempt, once again bringing into question his consistency. He’ll hit it from long range only to shank an extra point.

Missed PAT aside, the Canes had their chances on the final drive.

A personal foul called on the Hokies stopped the clock at five seconds with the ball on the 10-yard-line. Then after further review, the officials determined there was indeed one second left on the game clock after Perry threw an incomplete pass into the endzone. Even with the second chance, another incomplete doomed the comeback.

Saturday’s game was the 37th meeting between the two teams with UM now leading the series 22-15. Miami is 13-7 against the Hokies in Miami. Coming into today’s game the Canes had won four of the last five matchups, denied their third straight victory.

Perry finished the day completing 28 of 47 passes for 422 yards, four touchdowns, and an interception. Williams was four of seven with three interceptions and a fumble.

Brevin Jordan and Jeff Thomas played huge parts in the air attack. Jordan caught seven of 11 passes for 136 yards and a touchdown. Thomas, meanwhile, caught six of seven for 124 yards and two TDs.

Penalties remained an issue for Miami after getting flagged 11 times for 90 yards. Worse, red zone defense was nonexistent as their ACC rivals were six-for-six. After the horrible first quarter, the Hurricanes only committed one more turnover. Regardless, Virginia Tech made them pay scoring 21 points off those mistakes.

Miami will try to lick its wounds and move on from the costly loss to host Virginia this upcoming Friday at the Hard Rock. 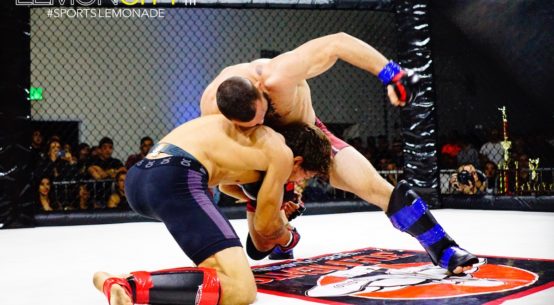 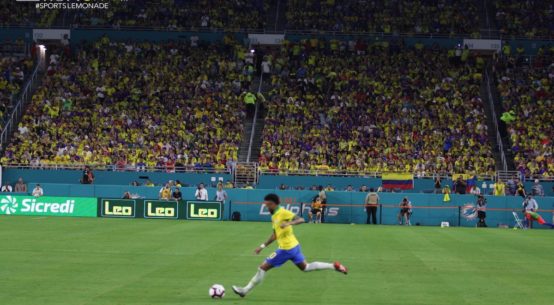 Colombia vs Brazil Play to a 2-2 Draw in Not-So-Friendly Friendly | September 6th, 2019