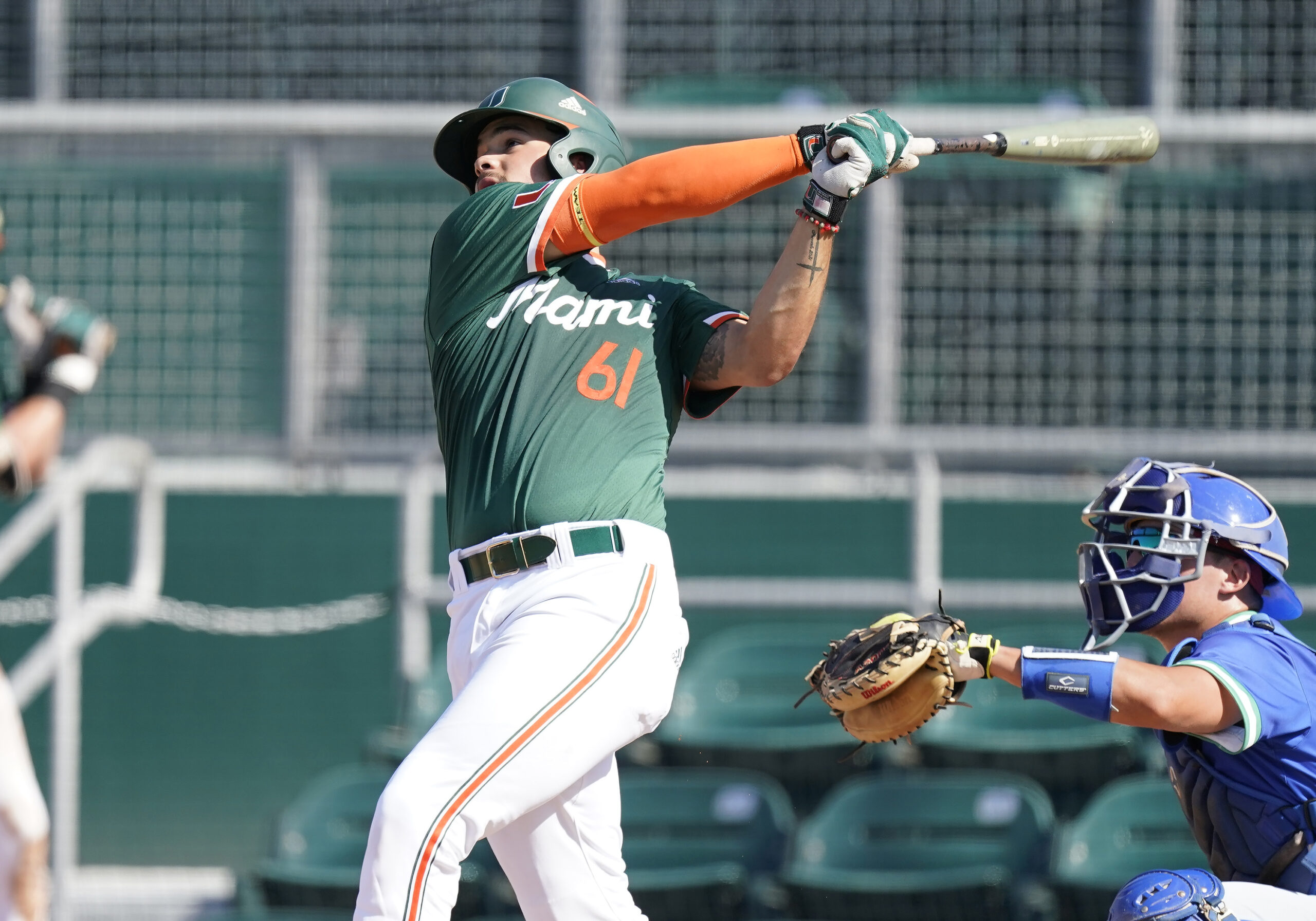 Miami, Florida – It was not to be. South Alabama won the rematch, eliminating the Miami Hurricanes from the Gainesville Regional 7-2. They will now play USF. With the regional finals set, UM’s 2021 season is now officially over. A weak offensive performance in the regional coupled with struggles on the mound doomed their hopes for Omaha, finishing the year 33-21. The Hurricanes were outscored 17-5 this weekend going 1-for-19 with runners in scoring position. In today’s game, the boys went 0-for-8 stranding 11 runners.

Jojo Booker retired the first two Canes batters to start it. He then walked three straight to load the bases for Raymond Gil. Miami would come away with nothing as Booker induced Gil to pop out. Going 7-0 during the season, the Jags starter weaved in and out of trouble. He issued five walks and beaned a player but the Hurricanes squandered those opportunities stranding seven through three. South Alabama was the best team in the Sun Belt defensively including having the top spot when it came to WHIP, brandishing the second-best ERA.

Garland, meanwhile, was cruising retiring seven in a row before Richard Sorrenti took him deep, belting his fifth dinger to put South Alabama on the board 1-0 at the bottom of the third. An explosive first hit of the game for the Jaguars.

They weren’t finished with Garland yet.

With two outs Santi Montiel doubled down the left-field line, plated by an RBI single from Ethan Wilson who advanced to second on the throw to home. To cap it off, Michael Sandle homered to left making it 4-0 Jags.

A glimmer of hope turned sour

UM’s bats slowly started to heat up. Yohandy Morales and Alex Toral homered in the fifth and sixth respectively to cut the deficit in half. At the top of the eighth Miami got something cooking. Christian Del Castillo and Gil singled to center field, the latter getting his first hit of the regionals. Daniel Federman was trying to fire up the dugout as Toral went up to the plate with nobody out.

Recognizing the threat of an encore from the big man South Alabama went with a pitching change. Tyler Samaniego came in for Jase Dalton and slammed the door on the Canes. Toral popped out followed by Samaniego striking out both Carlos Perez (payoff pitch) and Jose Izarra terminating the rally.

Sandle dinged his 11th HR of the year at the bottom of the eighth for a huge insurance run making it 5-2. Pouring it on Kaleb DeLaTorre barreled a two-run blast for the final nail in Miami’s coffin.

It was quite the rollercoaster of a season with plenty of ups and downs. The team had a strong finish to the regular season but once the ACC Baseball Championship started things went south and stayed that way. There were moments of brilliance including a near undefeated 7-1 record in midweek games and the series victory over the Florida Gators to start the campaign. However, the sweeps by Florida State and Pittsburgh among difficulties against the likes of Boston College made it blatantly clear the squad’s shortcomings.

To me, it’s hard to pinpoint any singular spot where the blame lies. Many point to the anemic offense where veterans and freshmen alike had a down year. Others state the inexperience of the starters considering the entirety of 2020’s weekend rotation went on to bigger and better things. Some say it’s squarely on coach Gino DiMare’s shoulders citing a lack of leadership in the clubhouse.

In truth, there isn’t one area but several snowballing into a disappointing end to the season. Several players had down years and this was a brand new starting rotation. Hitting-wise, the team went ice cold at the worst possible time.  Those that move on it’s my fervent wish that they find success on and off the field while the rest that remains will need to shake off the loss and turn the page. Once the MLB draft is complete UM will take stock of its players and work to bring in another formidable recruiting class.

A lot of these guys are in what people call the sophomore (or junior) slump so there’s hope they’ll bounce back in 2022. Take heart UM faithful, as they say, there’s always next year.

It’s no fun when a team gets eliminated but since this is the last one of the season, it’ll go to Toral and Morales for putting on a mini fireworks show.

A tragically anemic offense during the regional sealed Miami’s fate. Plenty of blame to go around up and down the lineup. 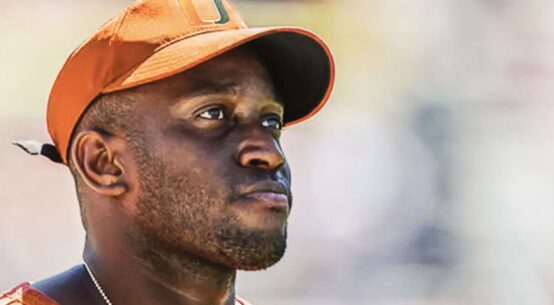 Travaris Robinson: A Step Up for Miami Hurricanes | January 14th, 2021 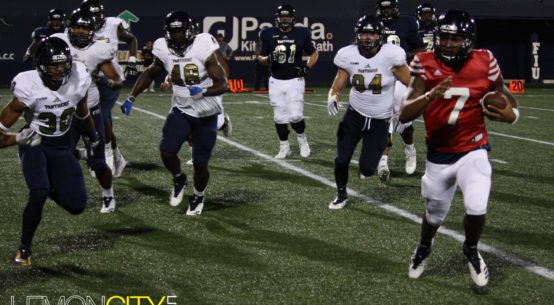