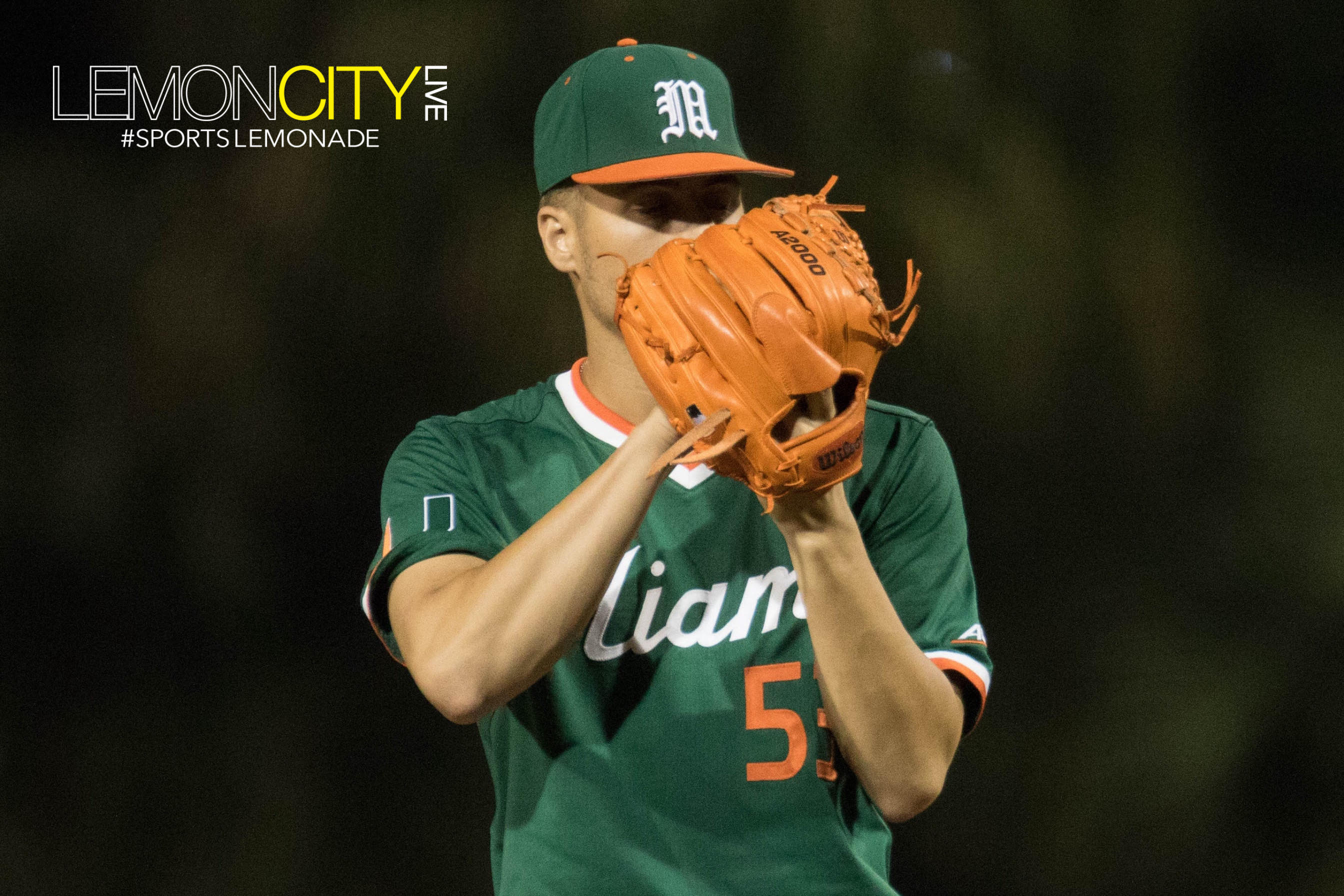 Miami, FL – Miami Hurricanes Baseball kicked off the 2020 season with a dominant performance from Opening Night starter Brian Van Belle. He struck out a career-high 10 batters to edge out the Rutgers Scarlet Knights 2-1. Gabe Rivera got the team’s first hit of the season. However, Adrian Del Castillo’s bases-loaded single was the difference maker to take game one of the weekend series.

Van Belle squared off against southpaw Harry Rutkowski, the junior for the most part had a good outing keeping Miami scoreless early on. Rivera recorded the first hit of the season in the second inning with a single up the middle.

After strong starts from both aces, the Miami Hurricanes drew first blood in the third. They started off with back-to-back hits from Anthony Vilar and JP Gates, but the Canes offense sputtered a bit with both Tyler Paige and Jordan Lala going down swinging. Centerfielder Tony Jenkins then drew a crucial walk to load the bases, setting up for a clutch grounder through the gap towards center by Del Castillo for the 2-out, 2-run single.

Miami’s top hurler ran into some trouble in the sixth, giving up base hits to Victor Valderrama and Richie Schiekofer after striking out Peter Serruto to start the inning. He regained his dominance, retiring the next two batters to end the threat. Van Belle finished the outing tossing six frames, sprinkling four hits, accompanied by his new milestone. The pitching staff overall had a grand total of 14 strikeouts by the end of the evening.

Helluva start for @BrianVanBelle as he finishes the night with 10 Ks.

The Hurricanes had their own chance to add some insurance runs that same inning. Vilar drew a walk to load the bases for Gates, only to go down swinging.

The shutout was lost late in the eighth. UM reliever Tyler Keysor served up a nice pitch for Rutgers first baseman Chris Brito, pummeling it dead center to make it a one-run game. The Scarlet Knights tried to tie it with runners in scoring position but Canes closer Daniel Federman shut the door, forcing Danny DiGeorgio to ground out.

A great defensive stop capped off the night for the Hurricanes. After Sam Owens walked, Tim Dezzi hit a laser past the mound, only to be scooped up in a brilliant backhanded grab by second baseman Tyler Paige, flipping to Anthony Vilar for the tremendous double play.

“That was crazy, I’ll tell you I got goosebumps when the whole crowd was, you know, going crazy it was awesome,” Del Castillo said. “Hopefully it’s in the Top 10.”

Federman finished off the visitors to pick up the save.

Without a doubt, this goes to Brian Van Belle. It was a superb performance.

Jordan Lala had a disappointing start to the 2020 Miami Hurricanes Baseball season, going 0-for-4 with two whiffs. Call it shaking off the rust.

Miami finished the evening scoring two runs on eight hits with no errors.

Rutgers had one run on five hits, with one error.

Raymond Gil got the team’s first double of the year, his lone hit of the evening. 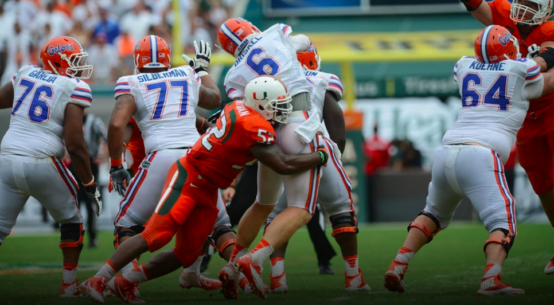 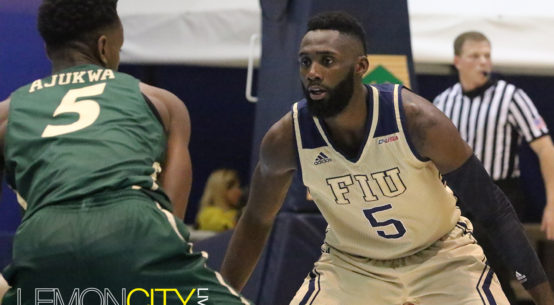