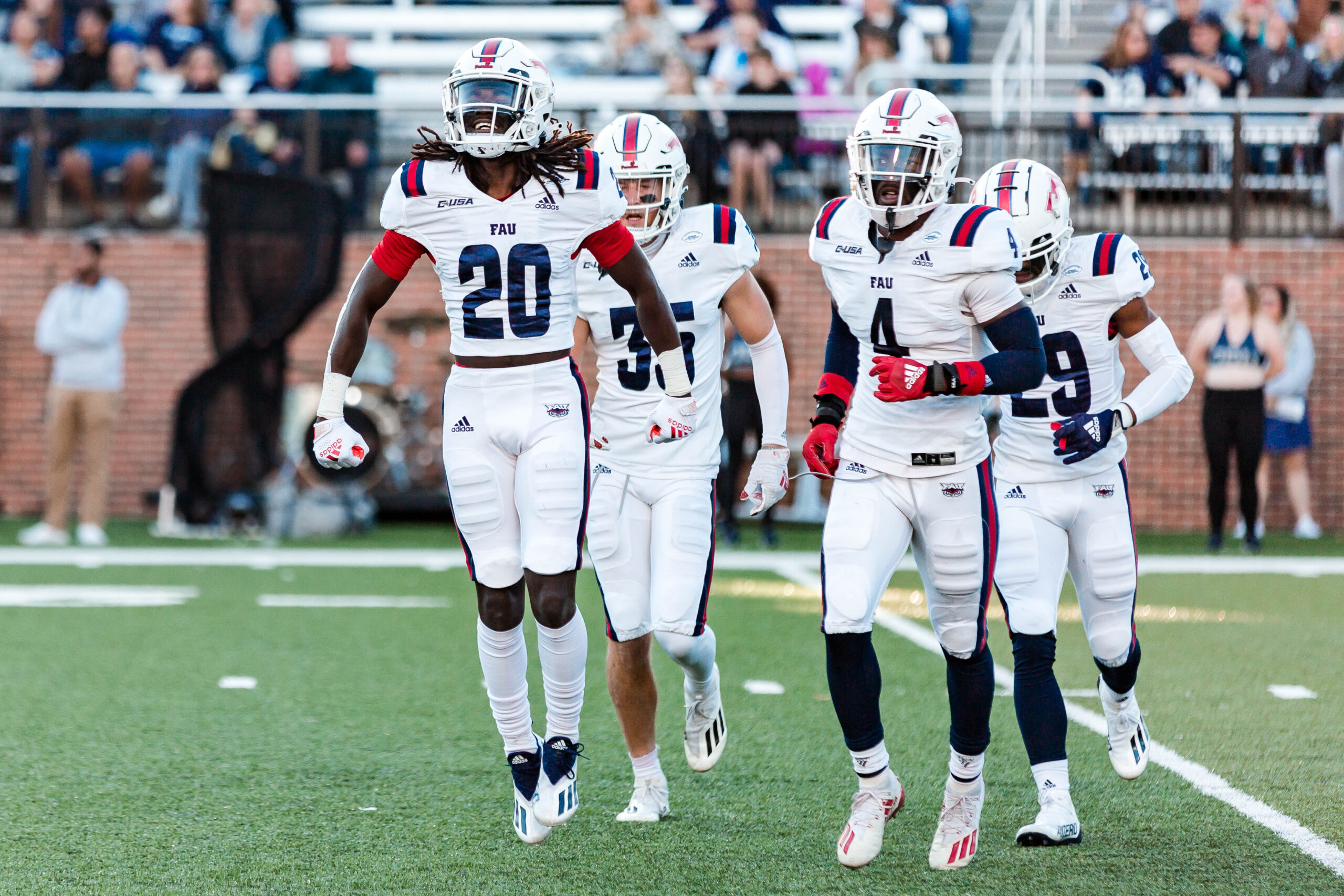 With only two games left of the season for the FAU Owls (5-5, 3-3 CUSA), they’re still looking to be bowl-eligible as their sixth win still escapes them.

Their first chance is this Saturday as they travel to Bowling Green, Kentucky to take on the Western Kentucky Hilltoppers (6-4, 5-1 CUSA).

Besides this being an important game for FAU to get back on track, FAU Hagerty Family Head Coach Willie Taggart will return to his alma mater. Besides playing quarterback for the Hilltoppers from 1995-98, he became a part of Jack Harbaugh’s coaching staff in 1999 being a wide receivers coach.

After coaching different position groups until 2006, he came back in 2010 where he became the head coach until 2012. The year prior to taking over, the Hilltoppers were 0-12. Taggart turned around the program after going 2-10 in his first season to having back to back winning seasons before leaving for the University of South Florida.

While Taggart beat WKU last year 10-6, it was in Boca Raton, where this time will be on the road. Looking at the score, there wasn’t much left to be desired, but this time around, it should be much different.

Coach Taggart speaks about facing his former team and the success the Hilltoppers have had this season:

“I typically go back up to Bowling Green every year to visit. It’s always nice to get back to Bowling Green and see where you spent half of your adult life at a place that’s special to you. It’ll be fun, but it’s not about me. It’s about us going to find a way to win against a really good football team. Western [Kentucky] is a good football team. Their quarterback is the real deal. This kid [Bailey Zappe] will be playing on Sundays. He’s very talented. They have some very talented receivers. They’ve been playing for a long time and you can tell. They’re all on the same page on what’s going on. You have a defense that’s created a lot of takeaways. They’ve had a lot of interceptions and fumbles throughout the season, especially in the last few games. They’re a big challenge for our football team. We have to be at our best and we have to find a way to score some points.”

He also speaks on the sense or urgency this team feels as the team wants to send out the seniors in the best way, with a bowl game:

“Well, there needs to be a sense of urgency. I mean, that’s the way it has to be, it should be that way by everyone. We know the importance of this game and it’s right that we go out and everybody gives their all to make sure the seniors go out the right way. And it’s only right that the seniors give everything they have in these last couple games knowing that it’s the last two guaranteed times they’re gonna go on the field with each other.”

Let’s take a look at the FAU offense and defense heading into Saturday’s matchup against Hilltoppers, as well as give final score predictions.

In the laundry list of problems we’ve seen with the FAU offense this season, most need to be limited tomorrow if victory is the goal.

When matched up against Western Kentucky, who ranks fourth in total offense in the country, you have to keep up with them. The Hilltoppers have averaged 41.4 points per game, while FAU averaged 27.3 However, in the last two weeks in back-to-back losses, they’ve scored 16 and 13 points.

That won’t cut it.

THREAD: Here are some sights from practice earlier this morning, focused on the offense. We already see new #FAU WR Coach Hines Ward with the pass-catchers. https://t.co/uW3P3EAktx pic.twitter.com/Hg3xPF1KZX

Offensive coordinator Michael Johnson talks about the state of the offense and the inconsistency:

“We’ve just been inconsistent finishing drives. We move the ball and then we’ve gotten stagnant, and drives have stalled. That’s what we have to do, we have to continue to finish and be more consistent in putting those drives together and finishing scoring points like we were doing earlier. It’s just one mistake here or there. We can have 10 guys doing one thing and then one guy maybe not doing the right thing. Sometimes we drop a ball, sometimes we miss a throw, sometimes we miss a block. It just hasn’t been consistent overall as a group. We’ve got to find that consistency this week. [WKU] is a team that scores points. We’re going to have to step it up and make sure we do our parts and score points also.”

While we’ll talk about the Owls defense in the next section, they’ll be tasked to maintain rather than stop this offense, but one is to expect some stops to give the offense opportunities to score. This is something we’ve been seeing the past few weeks but to no avail.

The offense will need to see explosive performances from their core players and it all starts with quarterback N’Kosi Perry. He’s thrown for under 200 yards and one touchdown in the past two games. We’ve heard from coaches that they want to run the ball, but getting Perry into rhythm will be vital against WKU.

Johnson talks about Perry and what he expects from him and the offense against WKU:

Good morning as #FAU practice is back at the Oxley center today. We spoke to OC Michael Johnson and WR Brandon Robinson and they talked about the disappointing loss to Old Dominion and how they're preparing for #WesternKentucky.

With Perry, the wide receivers group will need to have a solid afternoon compared to the lackluster numbers we’ve seen from them.

Receiver Brandon Robinson talks about the offensive inconsistency and what he sees as a player:

“It’s tough because sometimes you get to that place where you don’t know where it starts, but you do look back and reflect. We are hurting ourselves as far as the penalties and dropped passes, not hitting the right hole, blocking. It all comes together, and it all builds up to make that one problem. It’s going back and working on the little details that matter.”

We always hear from a coach’s perspective about the player’s attitude, but Robinson gives his point of view of what he’s noticing.

“For the most part, I feel like since yesterday and today’s meeting, people are locked in. You’re still trying to have fun with it. We still know that we have something on the line here.”

The offense from WKU gets all the buzz, but their defense doesn’t get any credit as Johnson mentioned during his media availability Tuesday morning.

“Their offense is scoring a lot of points because their defense is taking the ball away. They’ve got 22 turnovers on defense, and I think 14 in the last two weeks. We’ve got to make sure that we take care of the ball and don’t give it to them. They’re already a good offense and then when you give them a short field, or you give them points off of interceptions like that, then it makes them even tougher. We’ve got to make sure we have to do our part and not giving them the ball and not giving them short fields.”

It’s a vast understatement to say that FAU needs to be on their A-game Saturday afternoon.

When people will back on this FAU football in 2021, the defense will be the one bright spot. And, it should be.

However, they’re going to have their hands full with this offense as mentioned before.

Defensive coordinator Mike Stoops talks about WKU and what makes them successful:

“They have a great system. You have to have the players to be able to run it. When you look at WKU, it’s an offense built on a lot of the air raid concepts, a lot of quick throws, a lot of quick screens. It’s a quarterback-friendly system and you certainly have to have a guy like this to really make it work and get the ball to his playmakers and that’s what they do a great job of: getting the ball in the hands of guys that can make plays. They do an excellent job.”

As it’ll start with Perry for FAU’s offensive success, it starts with quarterback Bailey Zappe who’s been having a tremendous season. Zappe has thrown for 4,170 yards, 42 touchdowns to go along with seven interceptions.

Stoops touches on the offense and how Zappe fits within the air-raid:

“You have to get stops. You have to limit the explosive plays. I think if there’s one thing we can do better defensively that’s one, giving up explosive plays. They have guys that can make explosive plays on short throws. I think the tackling, playing the screens, the sucker screens, I think any of the quick throws, the bubble [screens], you have to be able to tackle well in space. You have to limit the yards after catches. That’s what these guys do a good job of: yards after catches and getting the ball out quick, breaking the tackle and making a big play. They’re very good at that. The quarterback’s not going to hold the ball. He sees defenses extremely well. Very talented player and very accurate with the football. They present a lot of challenges across the defense. Playing pass defense is everybody. You need 11 guys, you need to try to get pressure on the quarterback, you need to stay in front of him and we need to force some errant throws and make some plays in the secondary.”

Safety Jordan Helm has been having a productive season as being one of the leaders in the secondary. He’s recorded 77 total tackles, an interception, four pass breakups, and a fumble return of 52 yards that is the second-longest in school history.

Helm talks about facing an offense like the Hilltoppers and what the defense needs to limit:

“It’s definitely going to be a challenge for us in the secondary. They do a great job of getting guys open. They have a dynamic vertical passing game, so we have to be on point with our matches,” Helm said. “You have to limit big plays. When we’ve shown we can limit the big plays, it’s been hard for teams to score on us, especially in the red zone. If we can limit the big plays, that’ll help our defense a lot.”

The graduate student talks about the goal for this team and the positives he wants to see out of the losses translated to Saturday.

“We know we have to win. The whole team wants a bowl game. They want to send the seniors out the right way. That’s something we’re all working towards,” Helm said. “Despite the big plays, I felt our defense was pretty dominant overall. Third down was good and the red zone was very good. We held them to multiple field goals so if we can carry that over and limit the explosive plays, we’ll be good.”

Looking at how the past couple of games have ended, getting Western Kentucky after back-to-back disappointing losses is rough.

I’m not sure how realistic it is for FAU to fix all of their offensive inconsistencies and put up close to 40 points against Western Kentucky.

Once again, the key is for the offense to start fast and never leave your foot on the gas. As said in the offense section of the preview, N’Kosi Perry has to get into rhythm and get the player we saw in the beginning of the season. If you can balance that with the running attack led by Johnny Ford, it could be competitive.

My answer to the first question? Maybe. To the second question? So far, I don’t feel confident in saying “Yes.”

While it’ll be somewhat of a “homecoming” for Willie Taggart as he returns to his alma mater, I imagine it will be bittersweet. 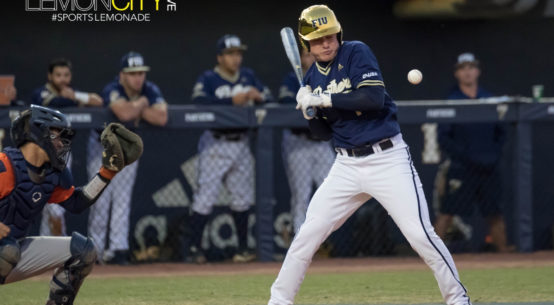