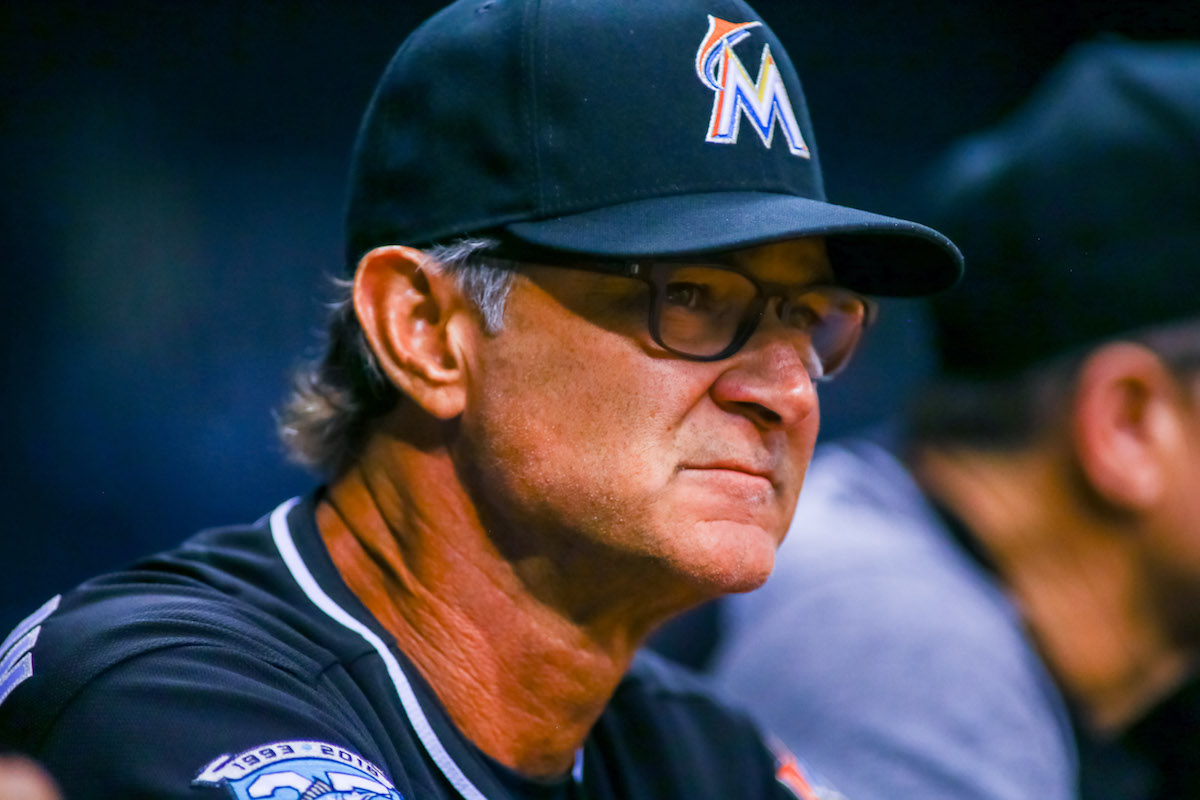 A bad losing streak, a 4-game sweep, two sudden injuries and a player suspended. Sounds like another day in paradise. We did witness another MLB hopeful live out their dream, so there’s that. Hold your nose.

The Mets came to town with both teams eying the future. The offense remained in a funk as the Mets scored in the third and sixth inning to take a 4-0 lead in the opener. Miguel Rojas made things slightly interesting with a two-run jack after the seventh inning stretch, but it was all Miami could produce as the boys from Shea tacked on two more runs to win it, 6-2. Jose Ureña didn’t have a bad game (5.1 IP, 8 Hits 4 Earned Runs) but the lack of run support doomed him to a horrid 3-12 record on the year. In The second game of the series, Todd Frazier put New York ahead with a bases clearing double in the fourth. Martin Prado responded with a 2-run single that same inning. In the following frame, J.T. Realmuto hit a run inducing single to tie it up 3-3. Ultimately this contest went into extras. The Marlins worked their magic one more time, walking off in the 11th with Bryan Holaday hitting the game winning double, bringing Rojas home. 4-3 Fish! The club slugged 11 hits, not bad. The rubber match featured Noah Syndergaard facing off against Wei-Yin Chen. Syndergaard, otherwise known as Thor, stayed undefeated against Miami in his career, pitching seven innings of three run ball. Chen held his own (6 IP, 4 Hits, 4 Runs, 2 Earned Runs) but bombs from ex-Marlins player Jose Reyes and Michael Conforto doomed the team despite 10 hits at the plate. The Mets flipped the score, winning 4-3 to take the series.

Hello. Bryan has another RBI. pic.twitter.com/VTwCtosbOg

From there Miami packed it up and traveled north to face the Atlanta Braves, going up against another Rookie of the Year candidate: Ronald Acuña Jr. The series began with a double-header that included the August 1st rainout exactly two weeks prior. Needless to say, the Braves came out swinging, pummeling the Fighting Fish 9-1 and 6-1, respectively. Miami recorded a combined eight hits on the day while the NL-East rivals accumulated 24 in comparison. Acuña Jr. went HAM on the pitching staff, blasting two into the stands and notching 5 RBIs to pad his resume. Isaac Galloway and Realmuto were the only bright spots on an otherwise bad, bad day. The rookie starters, Pablo Lopez and Merandy Gonzalez were victimized by Atlanta’s hitting. The bad times kept on rolling as Acuña Jr. led the way hitting two of the Braves’ next four homers, batting around Trevor Richards in game three and clinching the series despite a refreshing amount of offense from Miami, who actually led 6-5 heading into the bottom of the sixth. Realmuto went 2-for-4, driving in four runs while doing his own over the wall, touch em all, but even so, the Marlins were outclassed and outgunned. Eventually losing 10-6 after the Braves exploded for four runs in the seventh thanks, in part, to the now renowned Marlin killer, you guessed it Acuña Jr.

Things got real ugly in the finale. Acuña got beaned in the elbow on the very first pitch of the game from Ureña. It sparked a tense, bench-clearing incident that resulted in the starter getting ejected, along with Braves manager Brian Snitker. Miami jumped to an early lead but Atlanta countered with several runs of their own, sweeping the Marlins by a score of 5-2. Ureña was suspended by the league for six games the following day. I will say this, the suspension should’ve been 10 games or enough for him to miss TWO starts but for those calling for a much, much harsher sentence: Cry me a river, man. This isn’t the first time its occurred in the sport and unfortunately, it won’t be the last. Personally, I hate the “unwritten” rules of baseball since it can lead to an escalation. For example: opposing pitchers taking it out on other players in a childish, tit for tat manner. Moving forward, let’s look at a fella who’s anticipated MLB debut was marred by the controversy surrounding Ureña.

Even before the season began, this was going to be all about the rookies. Aside from Anderson making waves, we’ve seen the debuts of Brett Graves, Elieser Hernandez, Pablo Lopez, Trevor Richards, Lewis Brinson, Isaac Galloway and more. Now, let me introduce you to Austin Dean. The Texan was drafted by the Marlins in 2012 and he’s been swinging quite the hot bat lately, absolutely tearing it up in Double-A Jacksonville and in Triple-A New Orleans. In 22 games, Dean rolled with a .420/.466/.654 slash line for the Jumbo Shrimp, including 3 HRs and 14 RBIs. Oh, it gets better, in 87 games with the Baby Cakes, his line was .326/.397/.475 along with 9 HRs and 54 RBIs. In August the kid was sizzling, batting .465 and going yard four times, driving in 12 during the month. In only 11 games. Holy moly! If you’re looking for clutch hitting, check this out: In 9 At-Bats with the bases loaded, Dean hit .556 for New Orleans with a dinger and 16 RBIs.

After playing 649 minor league games over the past six years, he is considered the #28 prospect in the organization. The rookie was originally planned for a September call-up, but the timetable was advanced in the wake of injuries to Miguel Rojas and Martin Prado (Again). The 24-year-old’s arrival results in Anderson moving over to play at third. Dean has played in both left and right field this season. He’s actually filling in the spot vacated by the pitcher Odrisamer Despaigne, traded off to the L.A Angels for cash considerations earlier this week. The Marlins also optioned Christopher Bostick to Triple-A.

The crack of the bat always seems louder for your big league debut.

He went 0-for-3 in his debut but I am tremendously excited for this guy. His minor league numbers suggest the youngster can be a big producer for the team in the future, assuming he can make the transition. With Derek Dietrich and a healthy, productive Lewis Brinson this little outfield core can be fairly interesting next year. Heck, he might even be Rookie of the Year material. Although he would have to get less than 130 At-Bats, along with fewer than 45 days on the active roster this season, it’s likely doable. Despite a horrible year for the Marlins, the organization is fulfilling the goal (thus far) on giving their best prospects a chance to shine. Here’s to more MLB dreams coming true. Until next time, stay frosty guys. 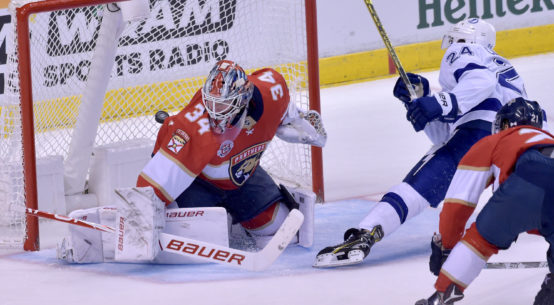 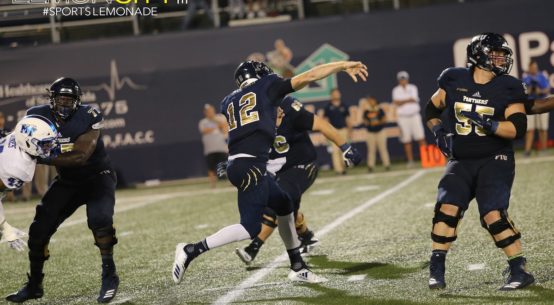