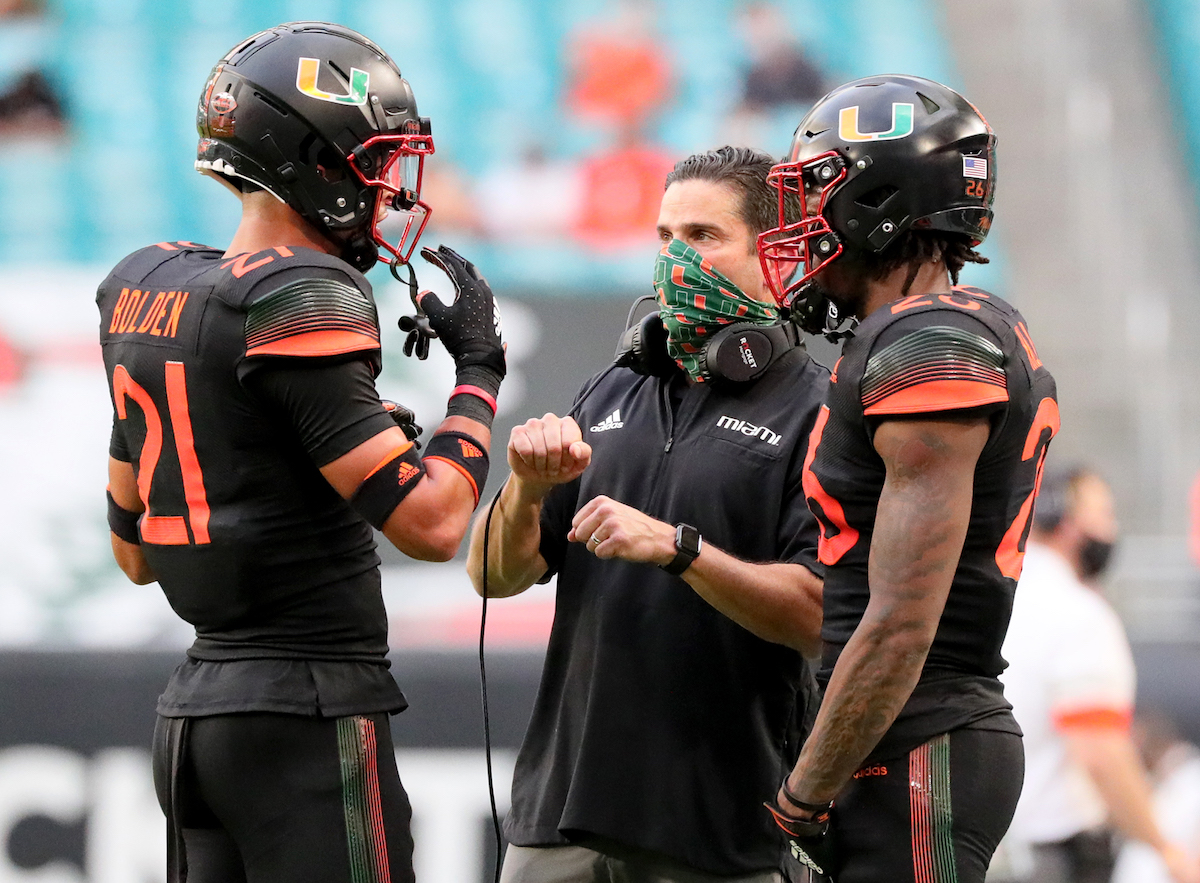 Miami, Florida – It’s another disappointing end for the Miami Hurricanes. Losing D’Eriq King to injury, UM fought on but lost 37-34 in the 2020 Cheez-It Bowl. They have now dropped 10 of their last 11 bowl games. The No. 18 Canes faced off against No. 21 Oklahoma State in a thriller at Orlando. The Cowboys, led by quarterback Spencer Sanders, roared out of the gates with three touchdowns in the opening quarter. Sanders would finish with four TDs, tossing just over 300 yards without a single interception.

OSU was very confident in its passing game, scoring on their inaugural drive capping it with a 30-yard touchdown reception to Brennan Presley. His first of three. Miami needed to respond and did so, courtesy of their quarterback. Connecting with Brevin Jordan for the 10-yard score, the Hurricanes got a much-needed morale boost. Unfortunately, the injury bug struck. Late in the half, King suffered a torn ACL, sidelining him for the rest of the game.

The effort then fell on N’Kosi Perry.

We know it's late but these couldn't wait.

Rising to the occasion, the redshirt junior kept the team in the fight despite UM’s secondary looking silly. In the second half, the Hurricanes put together a great drive during the third quarter. Cam’Ron Harris rumbled for a 42-yard touchdown to bring Miami to within two.

OSU pulled away late in the third and a momentum-shifting fumble committed by the Canes resulted in a very costly turnover. The Cowboys converted the opportunity into a TD to start the fourth quarter, putting Miami in a 31-19 hole. The Hurricanes kept coming, fighting back to make it 37-34 with just over five minutes to go.

The defense, failing to cause a single turnover, stepped up towards the end but the offense couldn’t finish. The last two drives went nowhere, sealing it in favor of Oklahoma State.

Offensive Coordinator Rhett Lashlee has completed his first season at Miami. The 2020 campaign was unlike any other, given the events of a global pandemic upending everything we’ve known. With that said it was a year of several wins but also two bad losses. We all remember the foray into Death Valley ending in a 42-17 rout. Then there was the season-ending 62-26 embarrassment versus North Carolina. This on the heels of a dominant, but very much expected, 48-0 shutout win against Duke. So finishing 8-3, how did Lashlee do?

Let’s look at the numbers. 2019 saw an inconsistent offense that found itself in the bottom tier of the Atlantic Coast Conference. Amassing 40 touchdowns and 309 points, UM ranked 10th in both categories. They averaged a pedestrian 25.8 points per game placing them in the same spot for the conference. Generating 4,286 total yards was good enough for 12th in the league but the real eye-opener was their performance on third-down conversions. In 151 attempts they converted 41 times for a whopping 27% success rate, the worst in the ACC.

D'Eriq King also says one of the things he's most looking forward to next season is another opportunity to work with Miami OC Rhett Lashlee.

For 2020 the team did significantly better. Equipped with their newest quarterback the Canes reloaded the offense. They surpassed their previous numbers with an extra touchdown, tied for the 5th best in the conference. Across the board, improvements were seen. They scored 340 points (6th), averaging 34 points per game (5th) on 4,326 total yards (6th). When it came to third-down conversions, it was a solid boost with a roughly 42% success rate (61 of 146) moving them up to 7th best.

There were several instances where the offense looked disjointed throughout the season but they performed better than in 2019. King is a big reason why. I’d say Lashlee set the bar for bigger expectations next year. A good start.

In Manny Diaz we trust?

Miami’s bowl woes continue and despite its 2020 record UM is nowhere near back. There were improvements but in the grand scheme of things, these are more baby steps than leaps and bounds. The offense definitely had potential and showed it in games against Louisville, Pittsburgh, and NC State. Dropped passes were a problem, however, especially from guys like Dee Wiggins and Mark Pope. Defensively, they weren’t dominant like in other years. Special Teams when it comes to the kicking game was solid. I’m still on the Manny Diaz bandwagon but the pressure will be on in year three of his tenure. Currently, he’s 14-10 overall as head coach without a bowl game victory.

We complain about Heupel's playcalling, but I just watched Manny Diaz and UM call a screen on 4th down and long. Couldn't be my Head Coach.

Of course, it’s worth noting this season was unlike any other, not only for the University of Miami but across the NCAA. COVID-19 was a definite factor leading to an altering of schedules, postponements, and cancelations. Many players in the program were infected, including Manny himself. With that said, the Hurricanes suffered two bad losses during the season, and to be honest I can forgive the loss to Clemson. Fans’ hopes did not match up with reality. The Cheez-It Bowl showed some serious grit from the offense, fighting with a lot of heart even after losing King to a serious knee injury. They did all they could with an ineffectual defense. The only loss that truly has no excuse for me is the season-ending embarrassment versus UNC. Miami sucked.

With a rough 2020 in the books, we now turn the page with renewed hope in more ways than one. Here’s to a much kinder year complete with happier stories and better results. 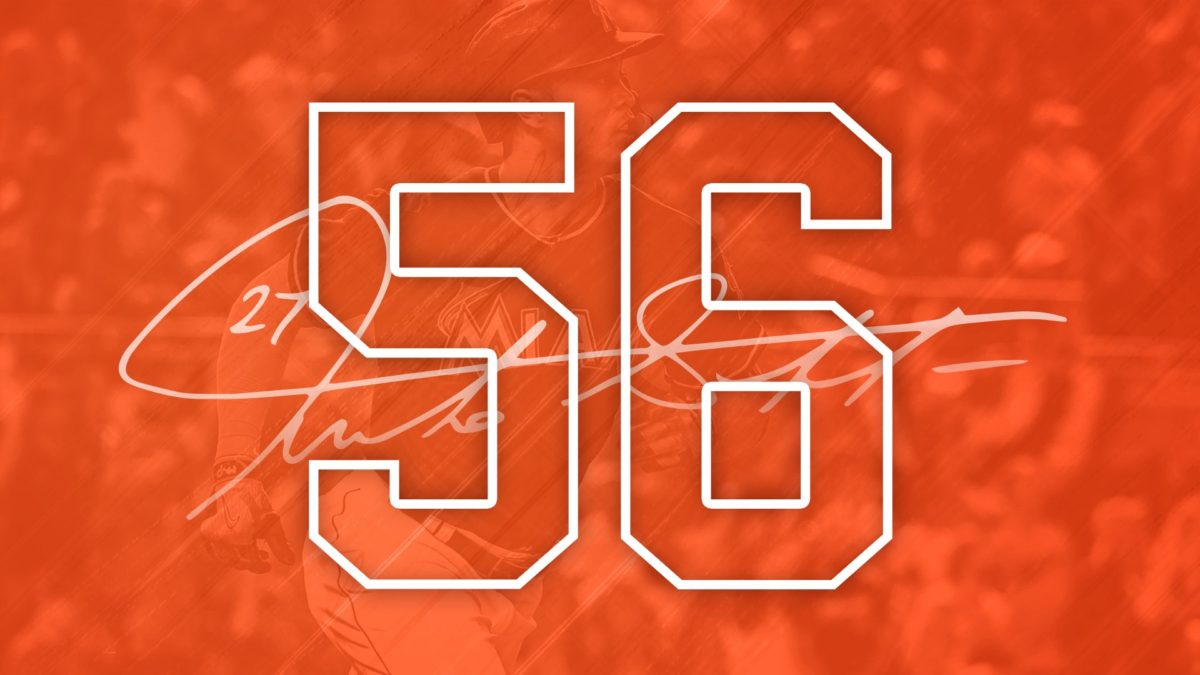