The days baseball used to be known as America’s Pastime are long gone. America chose a new lover as the old one was surpassed by football; it seemed more like football flew by as baseball stood still. It’s been some time since the boys of summer celebrated success past the local markets, appealed to huge – and particularly young – audiences, or honestly, since the sport has been entertaining enough for anyone other than hardcore fans to give a shit. But the times they are a-changin’.

The youth movement in the baseball realm has begun to reap the benefits the farm systems had invested in them. In the Major League Baseball world, names the likes of Bryce Harper, Carlos Correa, and Mookie Betts have become household. In Chicago, a young, blue-eyed stud by the name of Kris Bryant has rescued MLB’s most woeful franchise from the depths of their championship drought. In Miami, a powerful slugger uses his unbelievable raw strength and cool right-arm-sleeve-wearing style to make sure Giancarlo Stanton #27 apparel is found all over the 305. In the biggest market baseball has to offer, and, undeniably, one of the biggest sports brands on Earth, court is in session. A larger-than-life rookie, create-a-player-with-everything-maxed-out looking motherfucker has electrified the New York Yankees and all of baseball with moonshots and rockets. Aaron Judge is a name that will be around for a long time. What do all of these individuals have in common? Well, the truth of their youth. The formative years of careers that are either in, entering, or barely beginning to find their prime. As they say, the sport is in good hands.

Now the @Yankees slugger has an AL Rookie of the Year Award, too. pic.twitter.com/y4VS4KUz1k

At the risk of sounding redundant, the NFL and NCAA football serve as the measuring stick for success because they are so, well, successful. NBC’s Sunday Night Football reigns supreme as the premier game and television’s most-watched event every single week. Now, the comparison of a regular season NFL game with a World Series match-up might seem a bit unfair, but such is the world we live in. The widespread, cross-market appeal football has created for itself, be it a fantasy football draw or the monopoly it holds over specific days of the week, has made it so that eyes are tuning in from all over North America (at least). I say all of this to say that when the news came in that a Houston Astros vs. Los Angeles Dodgers 10th inning thriller Game 5 beat the SNF overnight ratings by more than 3 million, it has a certain startling effect. And who the fuck can blame America? That game was bananas. The 12.8 rating for MLB compared to the 9.4 posted by the NFL  was the highest watched single event on Fox since the Superbowl. Whats more, the baseball game eclipsed a football game that involved the Pittsburgh Steelers and the Detroit Lions, two storied franchises in the NFL with plenty of nationwide appeal and fantasy football relevance. In fact, last year’s Game 3 of the World Series (Chicago Cubs vs. Cleveland Indians) posted a 15.3 while the Dallas Cowboys/Philadelphia Eagles tilt fell short at 11.6. While last year’s game had a special gravity to it due to the organizations partaking in the series, the Cowboys/Eagles match-up is not exactly one no one cares about. Also, that was the first time since 2013 that a World Series game had taken out the NFL. Unreal as it is that a championship deciding competition struggles to defeat a random regular season football game, the ratings monster that is football cannot be understated.

All right, enough rationality. This shit is fucking awesome! I have to say, as a hardcore baseball fan, I’ll be the first to admit that the sport has somewhat fallen from grace in the eyes of the general public. It is my favorite, but I understand the inability to watch a 9 inning/3-hour game without the proper alcohol consumption. However, if you are not enjoying baseball nowadays, if you couldn’t get it up to watch that thrilling 7-game World Series jam-packed with exciting moments, players, and career-defining performances, there is either no hope for you when it comes to this sport, or you don’t have a fucking pulse. The Yankees, the Astros, the Dodgers, and the Cubs were the four teams to make the Championship Series for both leagues. While those teams are not the only ones, they feature exciting stars that will be around for a very long time.

May or may not have stayed up until 3 a.m. re-watching Game 5 of the #WorldSeries on dvr. Because I’m apparently a fan of my own hypertension. pic.twitter.com/gAUSiDkP29

It might not be America’s favorite way to pass the time anymore, but baseball is requesting – if not demanding – your attention. Give it!

The Lemon Drop is a weekly segment entertaining whatever the hell comes to the mind of Enrique Sierra, Jr. (Hipster Rick). Simply a sports lover who has been waiting for baseball to be back like The U. Please click back next week for more and feel free to comment or engage us through Twitter, Facebook, and Instagram. 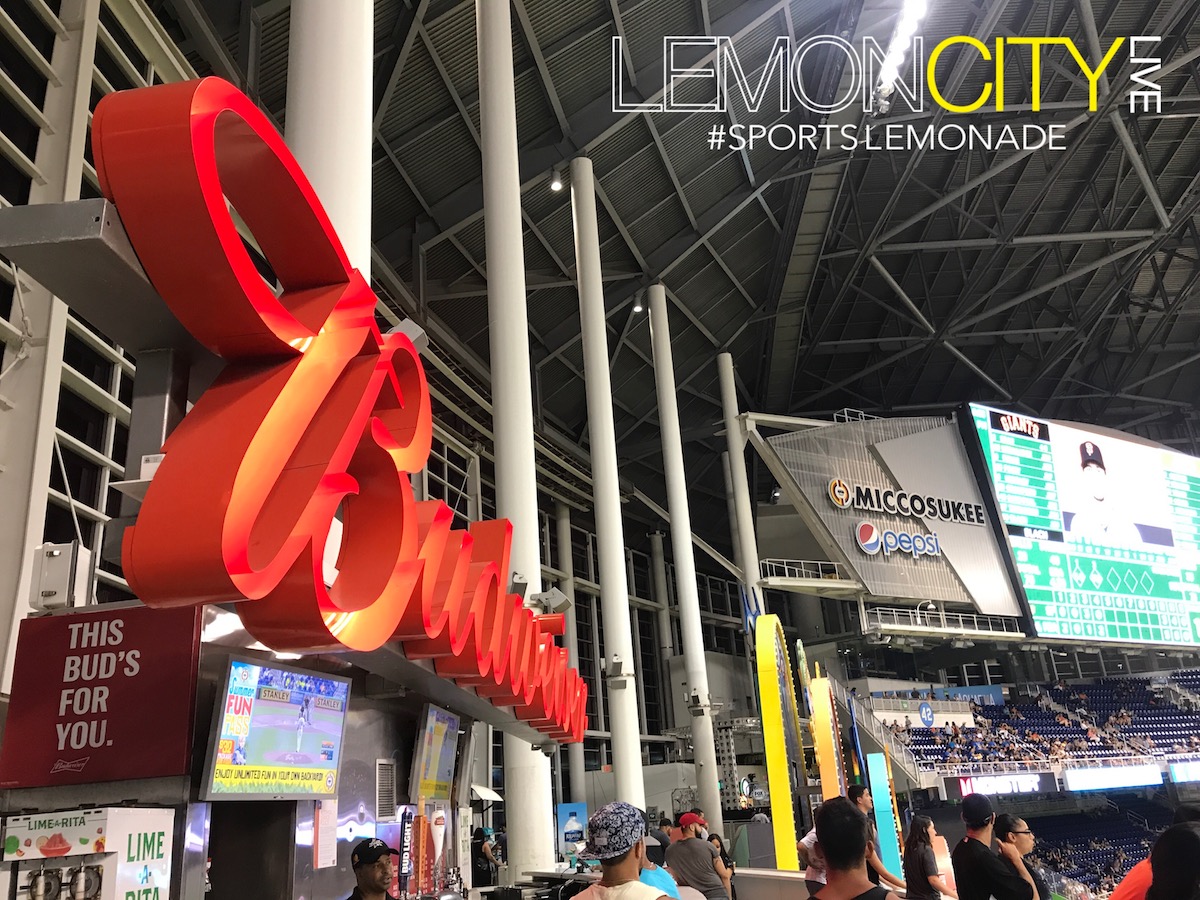