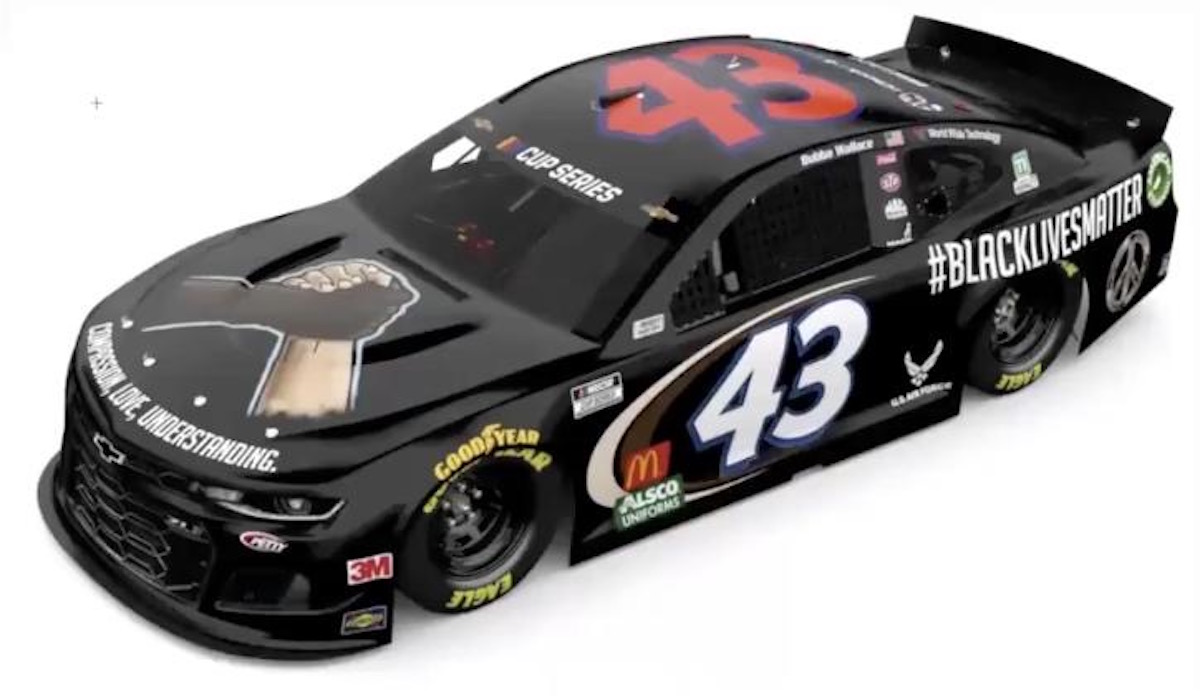 Contrary to what Laura Ingram thinks, professional athletes and entertainers don’t have to “shut up and dribble”. These talented groups of people have always been a catalyst for positive change in their societies. From Muhammad Ali refusing to fight in Vietnam, saying, “Why should they ask me to put on a uniform and go ten thousand miles from home and drop bombs and bullets on brown people in Vietnam while so-called Negro people in Louisville are treated like dogs? To NASCAR’s only black full-time driver, Bubba Wallace‘s Nascar Black Lives Matter stockcar this week. When athletes and entertainers use their platform for good, they’re very effective.

Two days after Bubba Wallace said, “No one should feel uncomfortable when they come to a NASCAR race. So it starts with Confederate flags. Get them out of here,” NASCAR banned Confederate flags from their events. NASCAR said in a statement, “The presence of the confederate flag at Nascar events runs contrary to our commitment to providing a welcoming and inclusive environment for all fans, our competitors, and our industry. The display of the confederate flag will be prohibited from all Nascar events and properties.” Two hours after the NASCAR announcement, Wallace ran a special Black Lives Matter paint scheme promoting racial equality at Martinsville Speedway. He called it the “biggest race of my career.”

Much like Ali in the ’60s, who received much scrutiny for his stance, Bubba got some blowback from Confederate flag fans. Those individuals want to describe their flag as symbolic of southern heritage instead of what it really symbolizes, racism, slavery, and white supremacy. The confederacy was only around for less than five years, so how much heritage could it really hold?

If you haven’t done so already, it’s time to start dealing with the reality of this country. Whatever your stance, let it be known. No more revisionist history. No more changing the narrative. Plant your flag where it really stands.

Gustavo Chacon
Born and raised in the 305! I find it pointless to memorize every sports stat since the beginning of time when I can just look it up. I'm not afraid to tell you why your opinion is 100% wrong. Wanna get into it? Argue with me @OnaPsiH. It'll be fun!
http://www.lemoncitylive.com
Top
Switch to mobile version