Skip to content
You are here
Home > NCAA > Conference USA > FAU Football: Owls get back on track, beating Georgia Southern, 38-6 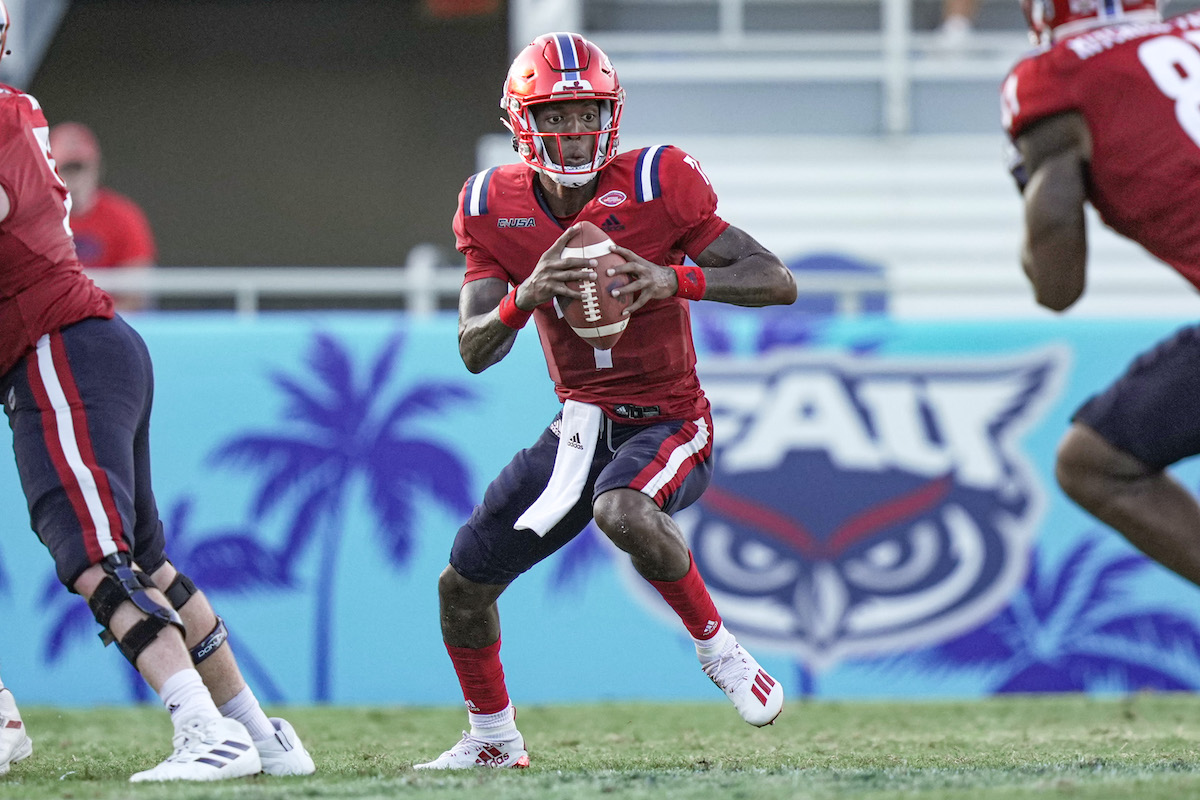 Flashback to last week: In my recap of the Owls loss to the Florida Gators, I mentioned how Owls fans should be excited as they showed a lot of promise against a top school.

I’ve never done this before, but I’m going to quote myself:

“The offense moved against an impressive Florida defense and the defense stopped the Gators’ offense on a lot of occasions. FAU fans should leave last night’s game excited for the season ahead, as they showed that within the conference, they’ll be a team to look out for.”

They showed off every bit of that against the Eagles.

Head coach Willie Taggart gives his initial thoughts after the win in the home opener:

“Well, I’m really excited for our team. Since I’ve been here, it’s the first time we’ve played a complete game: offense, defense, and special teams, and I challenged our guys (to) that this week,” Taggart said. “I challenged our guys to a lot of things, I challenged our offense that it was time for us to step up. Our defense has been carrying us since I’ve been here. We’ve never played in a game where we’ve been up and without our defense pinning their ears back, and I told them I want to see what that was like.”

Taggart said that it was the best game he’s been a part of at FAU and mentioned the chip the team had on its shoulder.

“That was by far the best game we played here and that’s how we can play, we got talent on this football team, and we’re getting back to our winning ways,” Taggart said. “I told our guys at the beginning of the week that the losing streak started with Georgia Southern, and it was going to end with Georgia Southern and the guys made sure that that happened today here at home.”

As the coach said, the Owls lost to the Eagles last season, 20-3, and it was mentioned all through this past week that it never left the team’s head.

Taggart said that was the best game he's coached. He said a couple of days ago he wanted to have his first complete game (offense, defense and special teams), and he got it. #FAU https://t.co/pVhleiaSeo

After facing a team like the Gators, there were two concerns that stood out. Starting quarterback N’Kosi Perry was sacked six times last week, will the offensive line and the pass protection be trouble this season or was it the talented front of Florida? Also, the defense gave up 400 rushing yards. Is that an anomaly or will that be a trend?

While this game provides a small sample size, the Owls gave insight into these two points.

The first quarter was one to forget for the Owls as both offensively and defensively, they continued the performance from last week. On offense, they were moving efficiently but shot themselves in the foot with penalties. For the defense, they let Georgia Southern and its triple-option style, ground-heavy offense run all over them.

However, when the second quarter started, we saw a glimpse of great things to come for the second half. In the final two minutes in quarter two, Perry found tight end John Mitchell wide open for their first connection together. The Eagles went three and out which gave the Owls a minute to extend their lead.

They did just that as Perry found receiver LaJohntay Wester twice to put the Owls in territory for kicker Aaron Shahriari to connect on a 27-yard field goal. At halftime, FAU was leading 10-6 over Georgia Southern. Spoiler alert, the Eagles wouldn’t score again, but the Owls would…a lot.

It was lights out in every aspect for FAU in the second half. In his first game at home as an Owl, Perry put on a show as he threw for 332 yards and four touchdowns. Perry showed he had all the intangibles: arm talent, poise in the pocket, elusiveness, throwing his man open, etc.

This was shown in the third quarter as he made amazing play after amazing play, connecting with his talented group of weapons.

“We still have some mistakes but I think we eliminated more mistakes than we had in week one,” Perry said. “And in week one, I feel like we beat ourselves from the first quarter. I think we would have played a better game on our part, would have been in a dogfight with Florida, if not on top. I don’t think they did anything to like stop us, we stopped ourselves.”

#FAU QB N’Kosi Perry getting ready for his first home game for the Owls!

Perry talked about how exciting it was to perform in front of the FAU fans, especially the way he did against the Eagles. For the game, he expresses his mentality going into this game.

“I feel like it’s my job to keep the team locked in, composed, and focused. And if everyone does their part, I feel like as a collective group, we will get in the endzone,” Perry said. “I told the guys that  I just didn’t feel like they were used to moving the ball because every time we got the first down, we would have a negative play and I was just telling him that we got to get used to this, we have to finish.”

He made some amazing throws in the second half that resulted in touchdowns. He threw a 50-yard bomb to Je’Quan Burton, a perfect, tight pass to John Mitchell for their second connection together, and then to Wester on a 31-yard dart.

Speaking of Wester, the freshman receiver caught seven passes for 124 yards with a touchdown. With that stat-line, Wester is the first FAU receiver to pull in 100 yards since Deangelo Antoine did it on Dec. 7, 2019, in the Conference USA championship game.

It was a special night for Wester, and Taggart talked about what drove a performance like this.

“Now he’s he’s so confident, and his ability and what he’s able to do and he has a great understanding of our offense,” Taggart said. “He’s one of those guys that you look for to try to make some plays out of. He’s one of our explosive players on the field so we got to continue to try to find a way to get him the ball.”

Wester said that the biggest thing is that they executed today and Taggart stressed that during practice. He agrees with coach about his confidence level and has an explanation for that.

“That just comes with like a lot of reps, I got a lot of reps through the spring, and I got more in my playbook. So, I felt comfortable out there today,” Wester said.

The runningbacks of FAU also were productive in their committee as Johnny Ford led the way with 71 yards on 15 carries, Malcolm Davidson had seven carries for 50 yards, and Larry McCammon carried the ball seven times for 48 yards.

Defensively, I’ll just point on how many points Georgia Southern scored. But, the first quarter saw the Eagles take advantage of the Owls, running the ball down their throats with their running backs and quarterbacks. They came out to an early six-point lead after Logan Wright scored on a 22-yard scamper. That was it in the scoring department.

It was present that the lack of discipline and poor tackling were causing FAU to let go of chunk plays. It seemed every run had about a couple of broken tackles. After halftime though, the Owls match the Eagles’ physicality, if not exceeded it.

“We knew coming into this game that Georgia Southern was going to get some plays and typically when you’re playing option teams, that first drive, they get you, so you need to make some adjustments and I thought our defensive coaches did a great job of making some in-game adjustments,” Taggart said. “We always talk about the tougher it gets the better we play and again, it was tough there early and we started to play better.”

Eagles QBs Cam Ransom, Sam Kenerson, and Amare Jones had their fair share of running the ball, but when FAU forced them to throw, it was a long day for the three.

🌴 This is Football in Paradise 🌴 pic.twitter.com/JGSrmXixpb

Standout players on defense were Teja Young who had nine tackles, Korel Smith who contributed with four solo tackles and an interception, and Akileis Leroy who finished with five tackles, one for a loss. Leroy also caused a fumble when Ransom was approaching the pylon in the red zone.

Leroy said how the defense struggled in the beginning and started to find their footing later in the game, but when it comes to himself, he’s ultra-focused.

“I’m locked in and I can say that for sure. Like every game, every snap, I play like it’s my last because you never know when your last snap is I take that very seriously,” Leroy said. “I take it one week at a time, one day at a time every day is a workday for me and my teammates. I try to bring for myself so others can see. And, you know, I just, I feel like everybody has started to develop that type of mindset.”

All in all, this was a vital win for FAU. Not only because it brings a win in the column, not because this extends the home win streak to nine, but it truly shows what this team is capable of going into the season and especially into conference play. And who knows, maybe FAU will be in a different conference in the very near future. Time will tell, but this team is built to win a lot of games.

I said last week that FAU fans should be excited. This win should reinforce that statement.

The Owls will next face the Fordham Rams on Saturday, Sept. 18 at 6 p.m. in FAU Stadium. 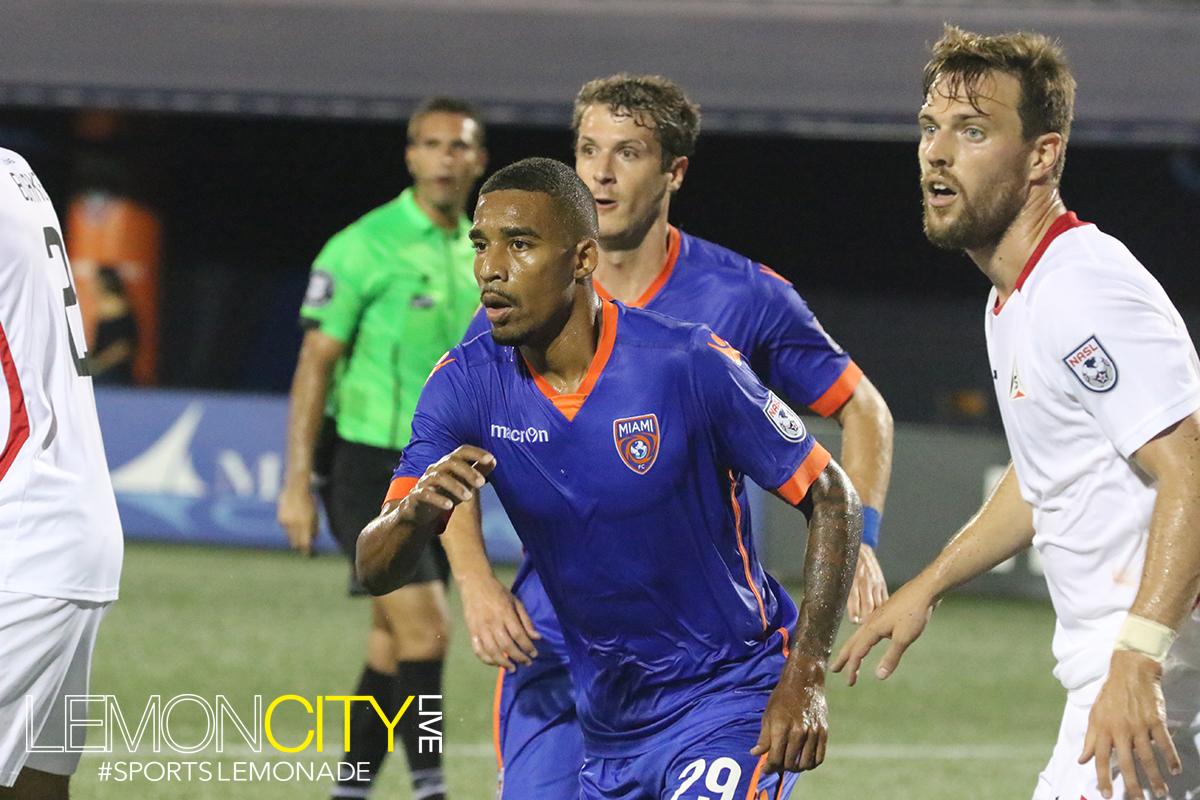 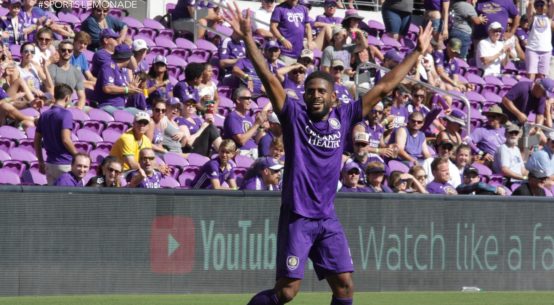