Skip to content
You are here
Home > NHL > Florida Panthers > Sergei Bobrovsky and the Cats dominate the Sharks | December 8th, 2019 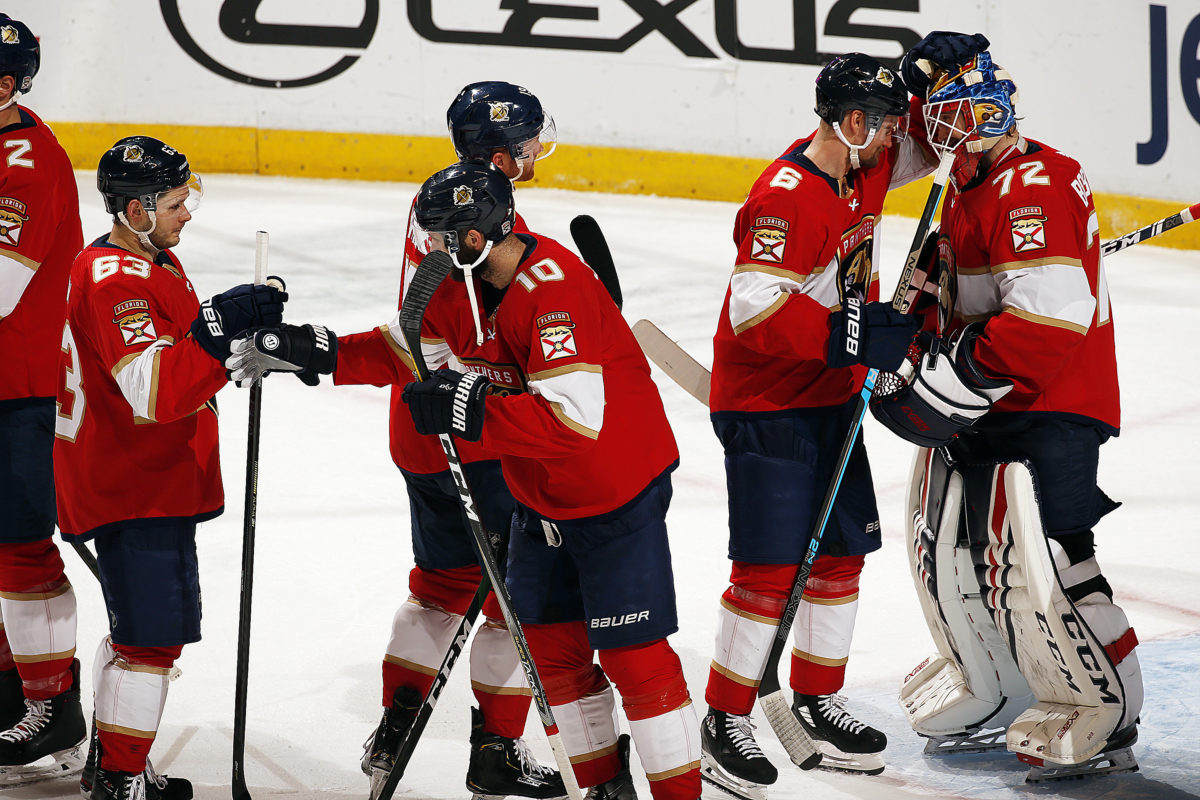 Sunrise, FL – The Florida Panthers haven’t exactly been on a hot streak, losing four out of their last six in regulation coming into tonight’s matchup vs the San Jose Sharks. However, last night, the Cats helped Sergei Bobrovsky earn a win over his former team, the Columbus Blue Jackets. He mostly helped himself, saving 33 of 34 shots en route to a 4-1 Panthers home victory. Florida kept their momentum going in game-four of their nine-game homestand, defeating the Sharks 5-1.

This time last year, the Cats were 11-12-6, having dug themselves into a hole that they wouldn’t be able to climb out of. However, coach Quenneville has got this group of guys, barely any different from last season, consistently doing the things that they’re supposed to be doing. Florida is one of only two teams (Dallas) that have not allowed a short-handed goal this season. It seems like something so simple. Don’t let the other team score when they’re down a man, right? Last season, the Panthers gave up the 3rd most short-handed goals. The Panthers also lead the league in Power-Play Goals Against, having only given up 11 thus far this season, counting today’s result. Their 15-9-5 record has them in the playoff picture instead of on the outside looking in. How about that? I remember my grade school teachers telling us that it’s easier to keep an A than to gain it back. Coach Q must’ve taught history in a past life.

“I thought he [Bobrovsky] had a really nice game. I thought it was a very good weekend for him and for us.” — Coach Q pic.twitter.com/ebsetBzppN

Today’s game seemingly slowed down for Bobrovsky as he once again stepped into the zone, allowing only one goal. After the game, I asked him as much, and he said “It’s tough to say ‘slows down’. I thought my teammates allowed me to see the puck well. They allow me to read the puck to see the puck. And the feeling is that we trust in each other and are supporting each other and just helping each other.” Whatever it is, Panthers fans are finally getting exactly what they paid for after seeing Bobrovsky struggle early on.

The usual suspects came out to open the game tonight. Aleksander Barkov and Jonathan Huberdeau combined to Assist Keith Yandle for his 3rd goal of the season. Barky (26) and Huby (25) lead the team in assists respectively. Barkov would then score the Cats’ 2nd goal, also off a Huberdeau assist with Evgenii Dadonov. Captain Barky’s goal ties Stephen Weiss for 4th-most in franchise history. Huberdeau’s assist surpassed Stephen Weiss for 2nd-most points in franchise history. Stephen Weiss fell in multiple rankings off one goal! At the end of the 1st period, the Panthers led 2-1, but that’s all they would need. It wasn’t, however, all they would take.

Mike Matheson scored his 1st goal of the season in the 2nd period off an assist from Frank Vatrano and Aaron Ekblad, bringing the score to 3-1. In the 3rd period, Brett Connolly extended his team-leading goal tally to 14 on a power-play. Frank the Tank added insult to injury for the Sharks, scoring in the final minutes of the game to make it 5-1 in favor of the Panthers.

Next up, the Florida Panthers face their in-state rival, the Tampa Bay Lightning on Tuesday, December 10th, for the 5th game in a nine-game homestand. Last season’s regular-season champs (means nothing) will be coming off a back-to-back as they face a tough New York Islanders squad the night before, on Monday. Tampa is currently 14-10-3, three spots out of the wildcard race. The game will be a perfect opportunity to carry this momentum into more wins and start a streak Will Ferrell would be proud of, especially with Sergei Bobrovsky clearly in the zone. 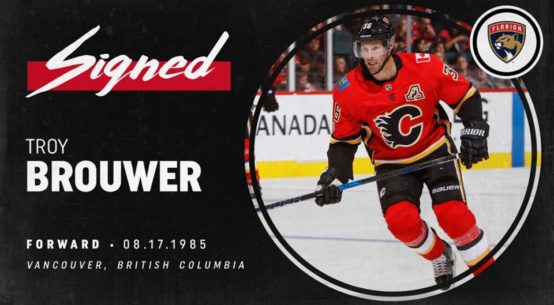 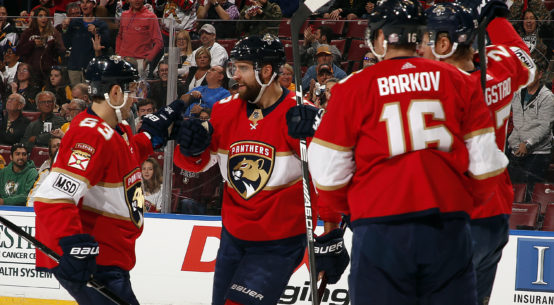