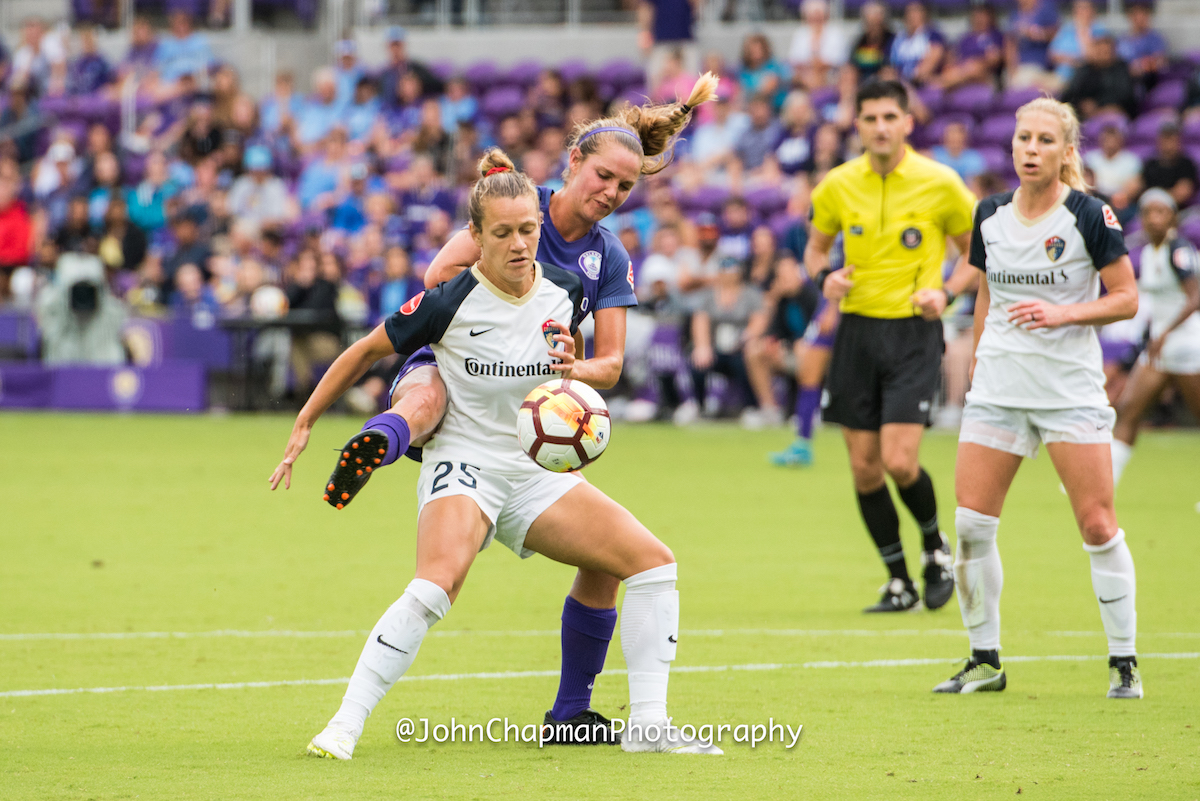 Orlando, FL – The Orlando Pride (6-5-4, 22 points) fell to the 1st-place North Carolina Courage (11-1-3, 36 points) 3-0 on Saturday night from Orlando City Stadium. It’s Orlando’s 2nd loss in a row. The game was pretty evenly matched, with both squads taking 15 shots, five on target for Orlando and seven for North Carolina. All goals took place in the final 10 minutes of the 1st half.

The Courage opened up scoring in the 37th minute off a loose ball in the box, fired in by Debinha. Ashlyn Harris was almost able to make the block, but the ball found its way in. A couple of minutes later, in the 39th minute, Merritt Mathias took a shot that went in off a deflection. Then, one minute later, Jessica McDonald made it 3-0, in favor of North Carolina. Those have to be the worst three minutes the Pride have ever experienced.

The Pride’s best chance came when Alex Morgan took a shot from eight yards out that was blocked, and bounced off the post. They ended the match 3-0. Next up, they host the Washington Spirit at Orlando City Stadium at 7:30 p.m. ET. Prior to the match, fans able to watch the 2 p.m. 2018 FIFA World Cup quarterfinal and Orlando City’s 4 p.m. match at LAFC on the big screen.