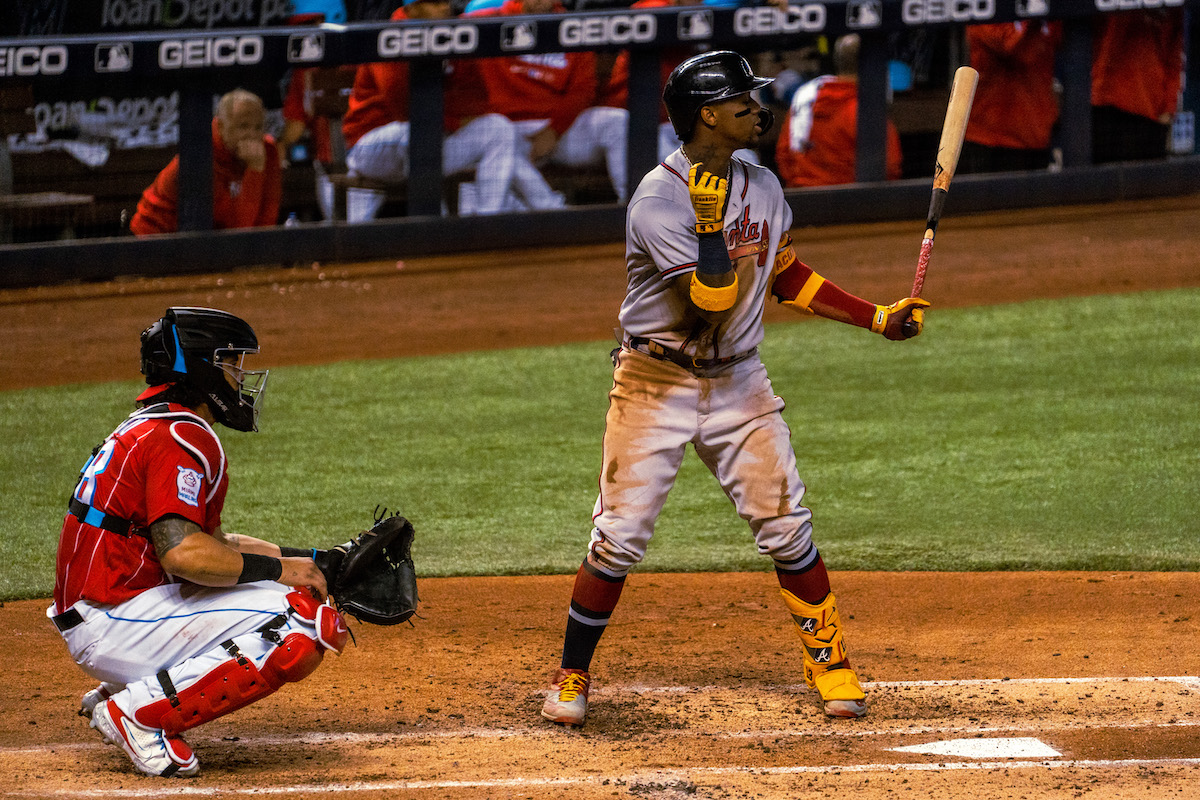 Miami, Florida – The Atlanta Braves have announced Ronald Acuña Jr. has torn his right ACL and will undergo season-ending surgery in a huge blow to the team. The MRI revealed a complete tear. Acuña attempted a leaping catch when Jazz Chisholm Jr. hit a liner to right field at the bottom of the fifth, landing awkwardly before hitting the wall. A prolonged period of time passed before the 23-year-old was able to get up on his own power albeit limping. He ended up being carted off due to immense pain.

The Braves held off a late Marlins rally in the ninth for the very costly 5-4 victory.

Donning their Sugar King jerseys, the Marlins celebrated Venezuelan heritage night with Miguel Rojas and Jesús Aguilar in the lineup. Pablo López, another Venezuelan native, pitched on July 6th versus the Dodgers and therefore had the night off. Unfortunately, there wasn’t a lot of arepa power. The duo went a combined 2-for-9 with a run.  Atlanta got on the board first when Freddie Freeman hit an RBI single right up the middle in the third inning, scoring Jonathan Lucroy. Miami didn’t stay silent, however, answering with two of their own. Adam Duvall drove in both Rojas and Garrett Cooper with a two-RBI base hit. Duvall took advantage of Guillermo Heredia committing a fielding error to advance to second. He would later leave the game with mild intercostal soreness, replaced by Jesús Sánchez.

Duvy gives the @Marlins the lead! 👏👏

The Braves retook the lead scoring two in the fourth followed by another pair of runs in the fifth. Dansby Swanson lined to left field for the RBI double to tie it 2-2. Heredia sac flied to left bringing in Orlando Arcia. The division rivals extended their lead thanks to Freeman blasting his 19th homer of the season with Acuña aboard. The known Marlins killer grabbed a hold of David Hess’ 94 mph fastball saying adios pelota making it 5-2.

When he was grabbing his leg, my mind instantly said it was a bad injury. While this resulted in an inside-the-park home run for the Marlins, Acuña had to be helped off the field in what is not only a major loss to the team but to the league itself. It was hard to watch. The man was in tears. Contrary to what some folks want to believe, both Braves and Marlins fans applauded him when he managed to get up and tried to walk. You never want to see any kind of injury to any player no matter the team, rival or no, regardless of history.

Once play resumed Miami recorded three consecutive hits to load the bases but couldn’t take advantage as Jon Berti and Jorge Alfaro struck out. Fried limited the damage in what became a crucial inning. They went hitless all the way to the ninth.

Ronald Acuña Jr. is still down in right field. pic.twitter.com/9XqYGoAXnT

It was Chisholm’s first career inside the park home run and the first for the Marlins since J.T. Riddle on May 29, 2018. It’s also the first for the Fish at home since J.T. Realmuto on Sept. 8, 2015. Talk about a blast from the past with those two. Miami rallied late after Jazzy plated Magneuris Sierra, nearly walking it off when Cooper aired one deep to center field only to see it caught by Ender Inciarte at the warning track.

Rojas stole his 6th base of the season 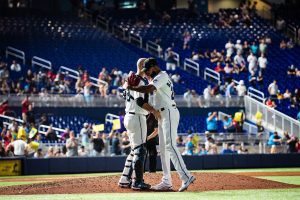 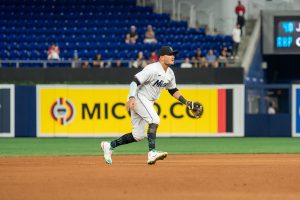 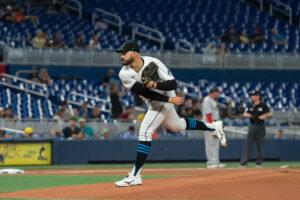