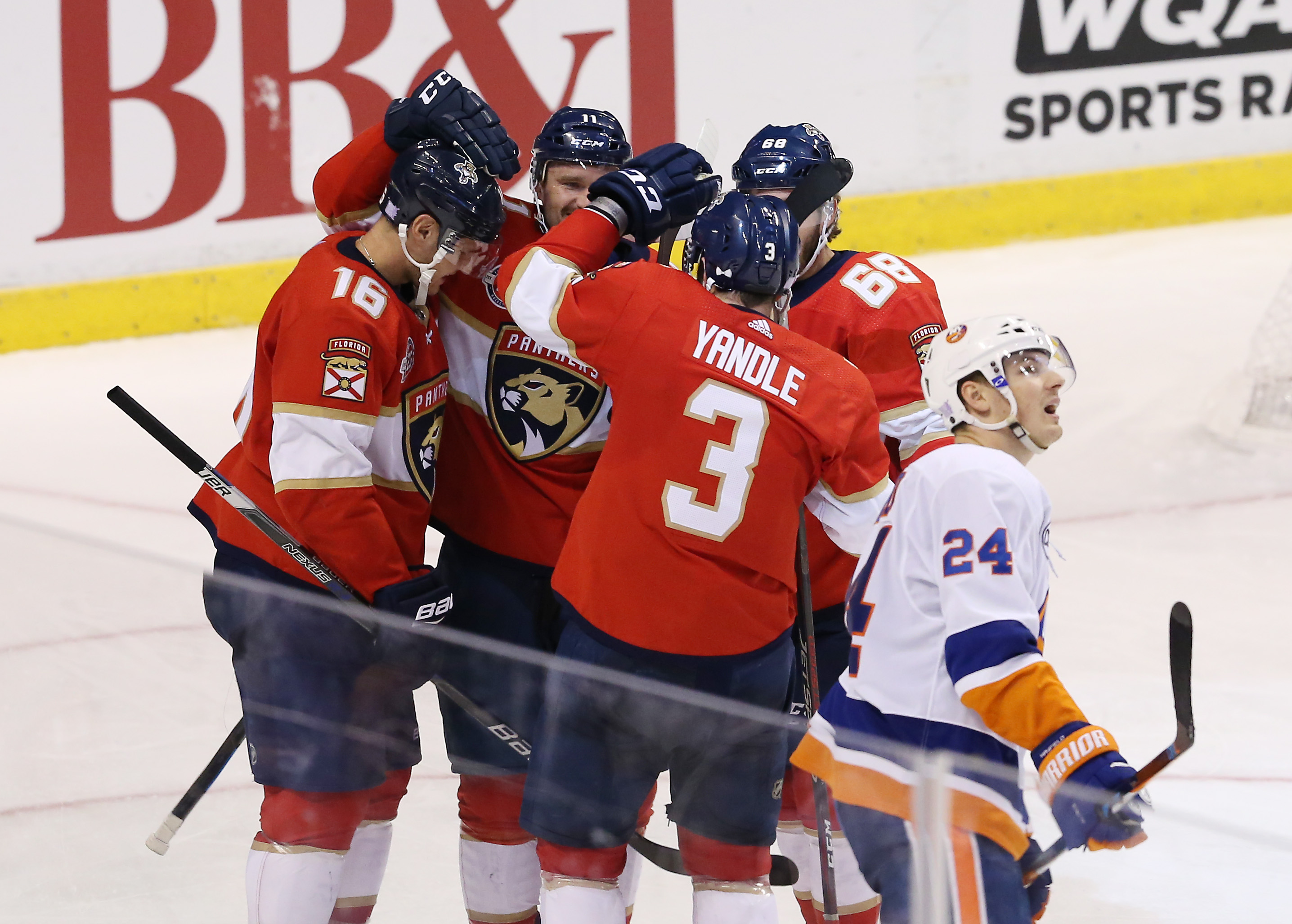 Sunrise, FL – The Florida Panthers are coming off their 1st home (BB&T) win of the season after defeating the Edmonton Oilers 4-1 on Thursday. Besides the win, Mike Hoffman (10) and Evgenii Dadonov (9) extended their point streaks and Jonathan Huberdeau scored his 98th career goal, earning his spot on the top 10 all-time Panthers goal scorers list.

Today, the Panthers hosted the red-headed stepchild of the big apple, as the New York Islanders came to town. In a very cat-like game this season, the Panthers took the lead and then gave it up in the 2nd quarter. However, they were able to regain the lead and actually hold on to get the 4-2 victory!

Florida broke the ice, scoring 1st off a Big Nick Bjugstad to Jared McCann assist to Denis Malgin for his 1st goal of the season. However, just one minute later, in true red-headed stepchild fashion, the Islanders ruined the party and evened up the score. Anders Lee assisted Mathew Barzal on that one.

In the 2nd period, the Panthers’ dreaded 2nd-period woes nearly reared its ugly head, as the Islanders were able to take the lead off of a Brock Nelson (This guy should’ve been a football QB with a name like that) goal. But, in the final minute, Hoffman and the Cat Daddy (Dadonov) decide that they want to keep streaking, through the quad, and into the gymnasium, evening up the score at 2-2! Hoffman is only the 2nd player in Panthers history (Pavel Bure) to record an 11-game point streak!

Heading into the 3rd period, the Panthers were 0-3 on power-plays, so they were due, right? Less than five minutes into the period, Captain Aleksander Barkov stepped up (skated up?) and scored his 3rd goal of the season on a power-play after New York’s Adam Pelech was sent to the penalty box (kind of like the Lemon City Live Podcast “pit”). Assisted by none other than, Keith Yandle, Iron Yands leads the Cats with seven power-play points! This time, Florida was able to protect the lead, and it comes as no surprise that it’s now three games in a row, that Panthers succeed in doing so, not coincidentally since Roberto Luongo was activated from IR on Oct. 31st, getting his 1st start on Nov. 2nd since his injury in game one of the season. With a little over a minute left in the game, the Islanders pulled their goalie to get an extra man in the attack, but the Cats held it down. In the final seconds, Troy Brouwer was able to put the final nail in the coffin, scoring Florida’s 4th goal, on an empty net for the 4-2 victory!

🚨Troy Brouwer seals the deal for the @FlaPanthers with an empty-net goal in the final seconds! Cats win 4-2!#FlaPanthers #Isles #OneTerritory 😼 pic.twitter.com/Yp49XqrpVt

Florida has now won their last four games against the Islanders and has broken their two-game home skid (0-1-1) against those red-headed stepchildren from Brooklyn. Next up, the Panthers face the Ottowa Senators at 5 pm in the last of their three-game home stance. 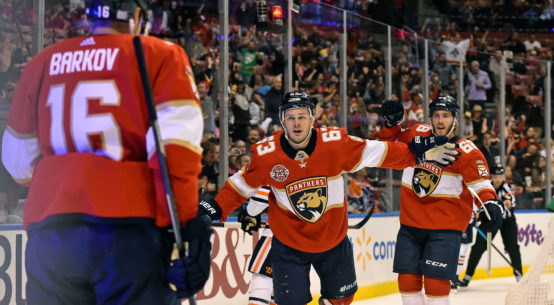 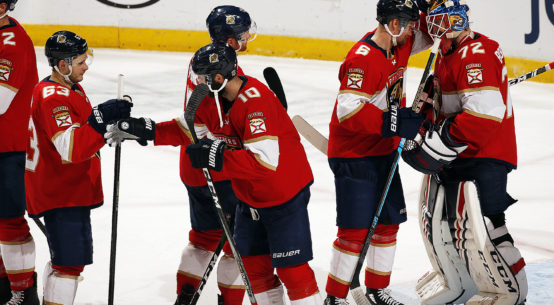