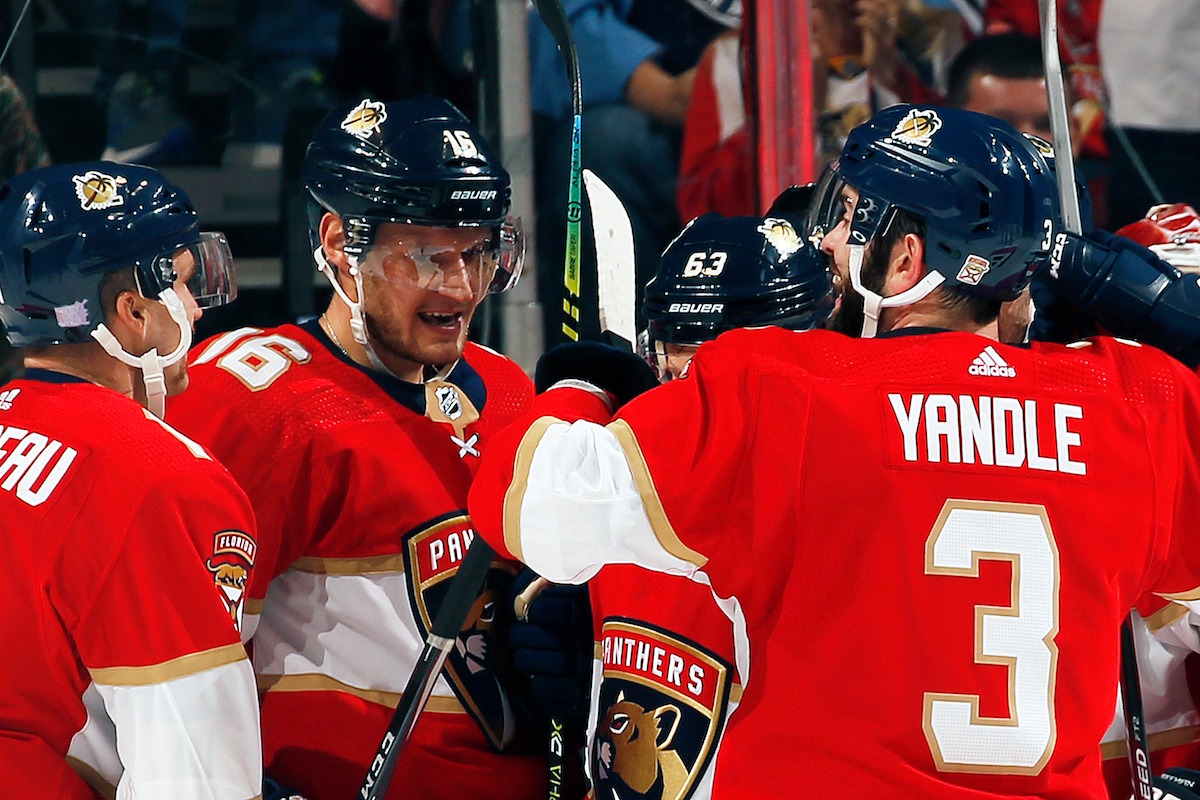 Sunrise, FL – Got butter? Because the hot start Florida Panthers are on a roll! After defeating the Detroit Red Wings 4-0 last night, they earned points in 10 out of 11 games. In fact, they’ve only played three games all season in which they didn’t earn points. Only the Washington Capitals and the Boston Bruins have lost fewer games. The Cats are only four points out of 1st place (Boston) in their division and are currently sitting in a wild card spot for the overall Eastern Conference standings.

I know, it’s still early in the season to be talking about the playoffs, but normally at this time of the season, the Panthers are digging themselves into a hole by giving up early leads, not adding to them. We all know that the Cats can score goals. Jonathan Huberdeau led the team in goals scored heading into yesterday’s game, with seven. He added to that, scoring a rat trick (2 goals) with goals in the 2nd and 3rd periods, respectively. Mad respect… Still searching for his 1st hat trick (3 goals), after the game he said he wants it, but team success comes first. A sentiment shared by team captain, Aleksander Barkov, who led the team in assists coming into last night’s game with 14. Cap’n Barky scored the Panthers’ 2nd goal and assisted Huby’s 1st goal. The dynamic duo is a force to be reckoned with. Last season, while missing the playoffs, both finished the season with 90+ points each, becoming the 1st Panthers duo to each have 90-point seasons. The two also led the team in points coming into this game with 15 each.

Today, the Panthers won every period. It was in stark contrast to how they started last season, taking leads and giving them away in the 2nd and 3rd periods. Newcomer, Brett Connolly got the party started in the 1st period with his 5th goal of the season. Cap’n Barky added another before the first intermission for only his 2nd goal of the season, assisted by Huberdeau on a powerplay. Good thing Barky’s making all those assists.

🚨 It’s a #HubySnack!@JonnyHuby11 scores his 8th goal of the season, giving the @FlaPanthers a 3-0 lead over the @DetroitRedWings in the 2nd! 😼#FlaPanthers #OneTerritory pic.twitter.com/9y60f29xlY

In the 2nd period, Barkov assisted Huberdeau to increase both their team leads in assists and goals, respectively. Mad respect… This is usually the point in the game where the defense starts giving away leads and the Panthers fail to capitalize on some fast-break powerplay opportunity. However, new coach, Joel Quenneville don’t play that. He’s instilled not only a new system, but a new mindset as well into these talented players, and while they’re still getting acclimated to the changes, the dividends are already starting to show. In the 3rd period, Huberdeau completed his Rat Trick, assisted by Keith Yandle and Aaron Ekblad.

Sergei Bobrovsky gets his 1st shutout with the @FlaPanthers!

Keeping their foot on the gas peddle was something that the Cats struggled with in previous seasons, and the struggle was real. In the 2017-18 season, they famously dug themselves in a hole so deep, they had to go on an epic run just finish 1-point out of the playoffs, with 96 points. Last season, they did the same, but fell apart near the end of the season, resulting in the firing of coach Boughner. It’s nice to see the Panthers get off to a good start. There’s leadership and experience on the squad, and they’re out to prove that they belong with the elite teams in the NHL.

Next up for the Hot Start Florida Panthers, they host Alexander Ovechkin and the Washington Capitals, who own 1st place in the East, on Thursday, Nov. 7th.

Sergei Bobrovsky blanks the Red Wings for his first #FlaPanthers shut out. 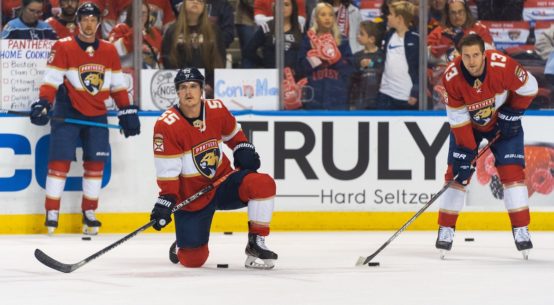 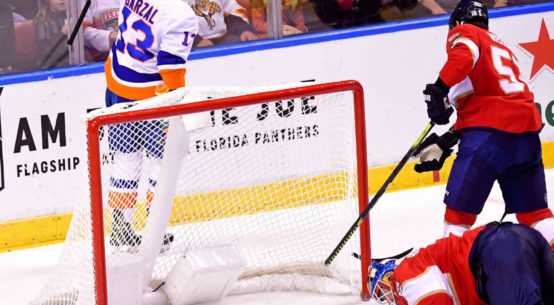