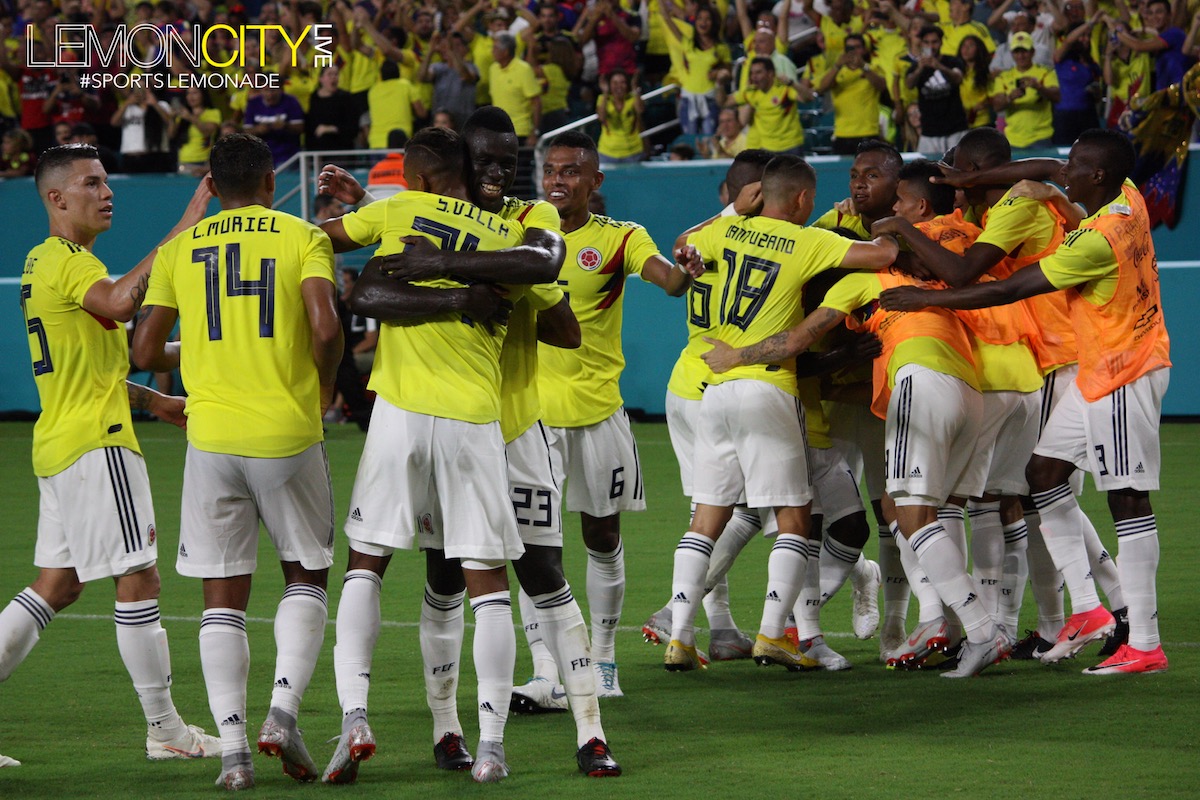 Miami Gardens, FL – Colombia vs Venezuela clashed at Hard Rock Stadium for a battle of the arepas, and the winner takes Doral! The match, as always between these two nations, was anything but a friendly. Colombia started firecracker, Juan Cuadrado, who never passes up an opportunity to play in Miami, unlike his counterpart, James Rodriguez. Cuadrado is known for his tenacity, and it showed last night, which he mentions in his post-game interview. Venezuela started MLS scoring champ, Josef Martinez, who was disappointed to finish the game without scoring, but, not surprisingly, put himself in position to possibly get on the board on multiple occasions.

Venezuela clearly game-planned to be the aggressor right off the bat. They pressed hard, and created several opportunities from the get-go. El Vinotinto opened up the score early when Midfielder, #11 Darwin Machis received a 40-yard cross from Alexander Gonzalez and scored from a header off a bounce. Colombia would settle down and show their flair, moving the ball around, making the field look like a pinball machine to create chances, but the game would go into the half with Venezuela leading 0-1.

The 2nd half was equally contested, but Colombia would equalize in the 55th minute. Who else?! Forward, Radamel Falcao Garcia, or simply known as Falcao, received a pass inside the 18 from Carlos Bacca, and he doesn’t mess around when he’s in that position. He cut right, and buried it. Continuing to press, in the 64th minute, Colombia’s pinball movements were on full display, as Bacca received a pass and beat Venezuela’s keeper, Wuilker Fariñez Aray 1-on-1, but was called offside. Bacca commented on Colombia’s ball movement and Aray’s play in his post-match interview. The two squads would continue to create chances, including a near header from Venezuela’s Jose Rondon, but it was Los Cafeteros’ midfielder, #17 Yimmi Chará in the 90th minute, making his 1st appearance for the senior squad, who would score the go-ahead game-winning goal.

Los Cafeteros get the 2-1 win over el Vinotinto, so for now, arepas and Doral belong to the parceros. Next up, Colombia face Argentina from MetLife Stadium in East Rutherford, New Jersey. Argentina is coming off a 3-0 win vs. Guatemala. Venezuela head to Panama, who’s coming off their 1st ever trip to a World Cup this past summer. It’ll be Panama’s 1st game since losing 2-1 to Tunisia in group play. 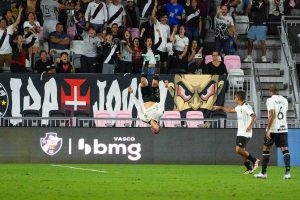 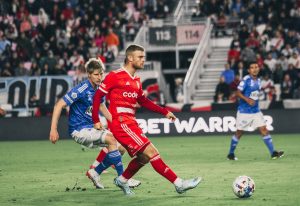 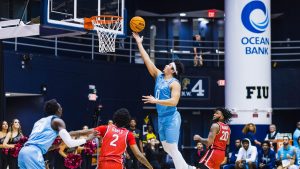 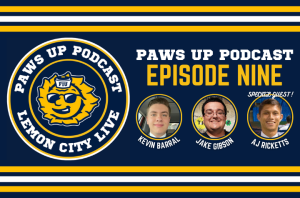 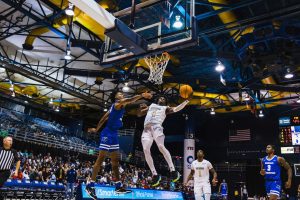