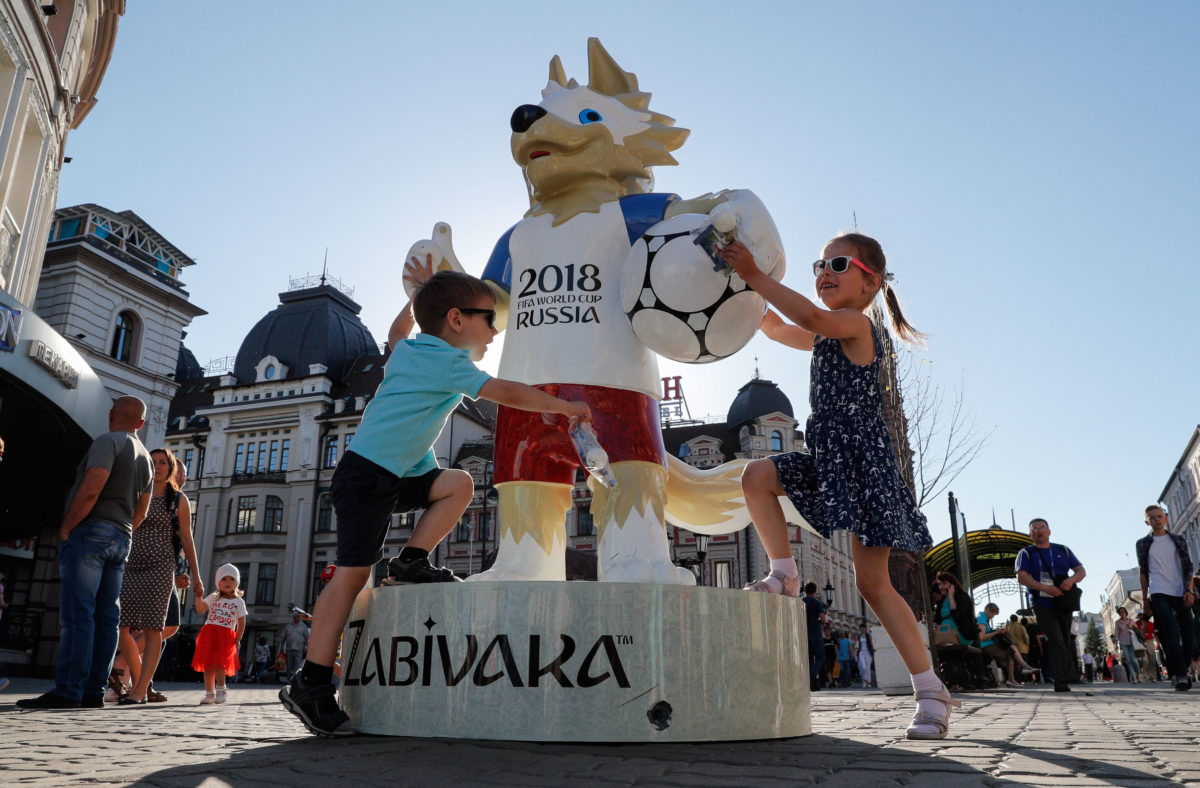 Russia – You know how in the other side of the world, the water spins in the opposite direction when you flush the toilet? Is there something similar happening in Russia right now during the FIFA World Cup? After the 1st week of matches in the group stage came to an end, it seemed as if none of the traditional powerhouse nations decided to show up. Only three former World Cup champions won their 1st match (Uruguay, France, England), and only France topped their group. The other group leaders are Russia, Iran, Croatia, Serbia, Sweden & Mexico, Belgium, and Japan. Sounds like all the countries where Jason Bourne was hiding out from Uncle Sam.

Now, I don’t want to overreact about the outcomes. After all, there are still two more matches to be played in the group stages. True, some teams squandered what should’ve been their easiest matches (Argentina, Brazil, Colombia), and must now prove their worth in order to advance, but favorites are favorites for a reason. Let’s go group by group!

The first pass of the 2018 FIFA #WorldCup

Russia and Egypt have already played their 2nd match, with Russia defeating Egypt 3-1, but even before that, Russia was leading the group after their 5-0 mollywopping of Saudi Arabia. Spoiler alert, Uruguay is the only CONMEBOL squad to win their 1st match, and Luis Suarez didn’t even have to bite anyone. Uruguay needed an 89th minute, Jose Gimenez goal to defeat Egypt, who played without Mo Sallah. Today, in their 2nd match, Uruguay defeated Saudi Arabia 1-0, and didn’t convince me of their greatness, but I’d still put them above Russia. They both advanced, and play next week to decide who wins the group. Now, I don’t want to be “that guy” (yeah I do), but have you seen that Icarus documentary? Maybe check it out.

In what will most likely be remembered as the most entertaining match of the tournament, Spain and Portugal went toe-to-toe for the entire 90 minutes, and ended in a 3-3 draw. Cristiano Ronaldo put out a hat-trick, which included one penalty, one David de Gea gift, and one monster free-kick that bended time and space. Also, Iran beat Morocco 1-0 off an own goal by Aziz Bouhaddouz, but can we just advance Spain and Portugal to the next round already? Just let them play out a best 2-of-3 series.

How will any match top this one?! @SeFutbol & @selecaoportugal play to a 3-3 draw, as @Cristiano scores the 51st #HatTrick in #WorldCup history, while becoming the all-time Euro leader in goals scored at the cup!#LIT #FIFA pic.twitter.com/MjuqKA6j1i

France defeated the Socceroos from down-under, but relied on an 80th minute own goal (originally credited a goal for Paul Pogba) from another Aziz (Behich)! According to behindthename.com, which explains meanings behind names, Aziz (“to be powerful” or “to be cherished”) is one of the 99 names of Allah. Well, after this year’s World Cup, he’ll have 99 names, but Aziz ain’t one. Peru finally made it back to the World Cup after a long hiatus, not qualifying since 1982. Their best player, Paolo Guerrero was caught up in controversy involving tea, and allegedly, some coca leaves. Sounds like an interesting way to accompany some lemon bars. He was suspended for the tournament, but was eventually allowed to participate after missing various friendlies and practice time with the squad. Peru opened up against Denmark, but Guerrero did not start. Instead, he was subbed into the match in the 62nd minute after Yussuf Poulsen scored in the 59th, to put Denmark on top. Guerrero’s presence was immediately felt, as he almost scored within his 1st couple of minutes in the match, but Denmark would keep Peru at bay, winning 1-0.

In what is probably the biggest upset of the tournament, Argentina drew against Iceland 1-1. Messi’s penalty kick was blocked, and he was smothered by 3-4 Asgardians anytime he touched the ball. Sergio Aguero scored his 1st World Cup goal, but it wasn’t enough to keep the Vikings from invading. Iceland is living the dream! Clap back! Croatia easily handled Nigeria, and the tablecloth-jersey wielding footballers are in prime position to win the group.

Another “cupset” that took place was Brazil’s 1-1 draw vs. Switzerland. Philippe Coutinho scored one of the best goals of the tournament so far, which was a screeching bender from the outskirts of the penalty area. Neymar, on the other hand became the most fouled player in a single match in World Cup history. He left Tuesday’s practice with an apparent ankle injury, and might miss Friday’s match vs. Costa Rica. Although, he did practice today. Serbia and Costa Rica were pretty evenly matched, but Keylor Navas couldn’t keep out all of Serbia’s shots, as they lost 1-0. It’s still anyone’s group, but Brazil will most likely win, so they’re all fighting for 2nd place.

The most exciting “cupset” thus far has to be Mexico’s 1-0 win over Germany. It literally caused an earthquake! Mexico, in turn became the 1st Concacaf team to beat Germany in a World Cup match. Chucky came to play! Sweden beat South Korea 1-0, but I don’t foresee either of these teams moving on past the group stage. Sorry guys! GG!

Belgium beat Panama 3-0, with a brace from Romelu Lukaku. Yeah, we know, surprising, right? Pencil-in the Red Devils to win this group. They’ve got way too much talent to fall short. England defeated Tunisia, but Harry Kane had to score a brace of his own, with his 2nd goal coming in the 91st minute, in order to defeat the African Nation. Pencil-in England to advance as well.

Los Cafeteros must have accidentally switched to decaf. Carlos Sanchez Moreno earned a red card in the 3rd minute of the match! He was called for a handball inside the penalty box while trying to head out a ball that beat goalkeeper, David Ospina. Japan converted the penalty and played with an extra man for the remaining 87 minutes. Colombia tied it up off a Juan Fernando Quintero free kick, but Japan’s Yuya Osako took back the lead and the win off a corner header in the 73rd for the land of the rising sun. Senegal beat Poland, making them the only African team to win their opening match.

The first week was crazy-exciting and created plenty of drama for the 2nd week. I’m picking Spain to win it all. Regardless of their draw vs. Portugal, which was, in my opinion, due to two self-inflicted goals, they had the most impressive outing, scoring three goals against the defending European champs. My dark horse to win it all is England. The Three Lions have reinvented themselves, such as Germany did after the 2002 World Cup, and we’re seeing the results now. Led by Harry Kane, they’ve got some great young players. 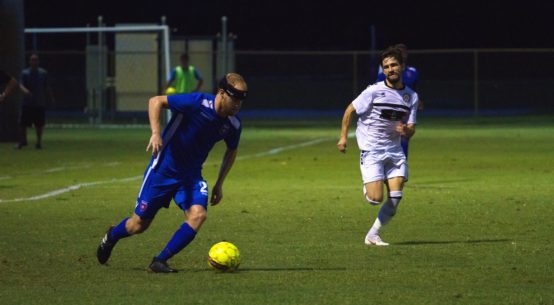 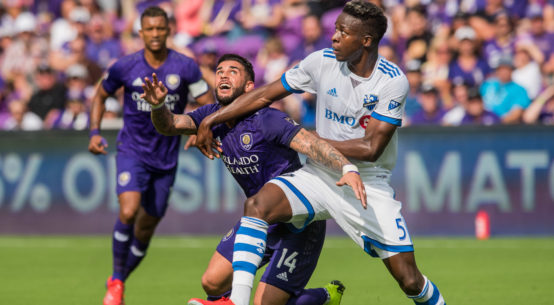