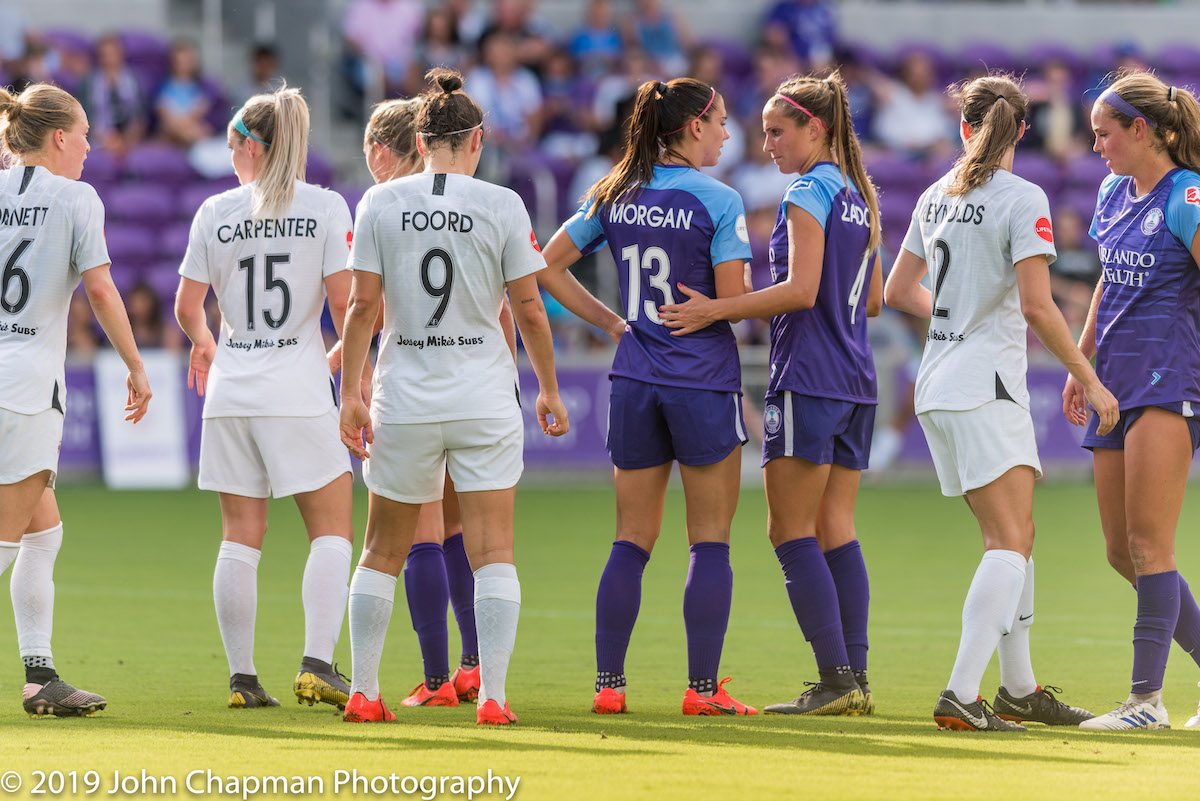 Orlando, FL – The Orlando Pride fell 2-0 to Portland Thorns FC in its 2019 National Women’s Soccer League season opener at Orlando City Stadium. Opening their seventh season in the NWSL on the road, the Thorns received a pair of goals in a four-minute span to secure the win on Sunday. Caitlin Foord and Tobin Heath each finished the game with a goal and an assist. Foord’s goal was the first of her NWSL career.

The Pride have dropped three of their four season openers, going 0-3-1 on opening day, with all three of those losses coming to the Thorns. Sunday’s match marked the eighth regular-season meeting all-time between the clubs. Thorns FC lead the all-time series at 6-1-1, including a record of 3-0-1 on the road against the Pride. Portland has recorded three shutouts in four road matches against Orlando.

“Of course it’s frustrating, it could have been five or six nothing in the first half,” said Ashlyn Harris. “We were lucky to go into the locker room with only one goal [conceded]. I don’t want to beat a dead horse but what can I say? Am I pissed? Yeah, I’m pissed. But I have to be the best version of myself every day for this team.

The Week 1⃣ #NWSL Save of the Week goes to @Ashlyn_Harris of the @ORLPride 🙅‍♀️ pic.twitter.com/ScG4KHzAov

The Pride were looking for a big turnaround season after finishing in seventh place last year. Orlando ended the 2018 campaign with a -7 goal difference, winning just eight of their 24 matches.

It's her world, we're just living in it.@TobinHeath takes home Goal of the Week! #BAONPDX pic.twitter.com/FpFSiH5aTU