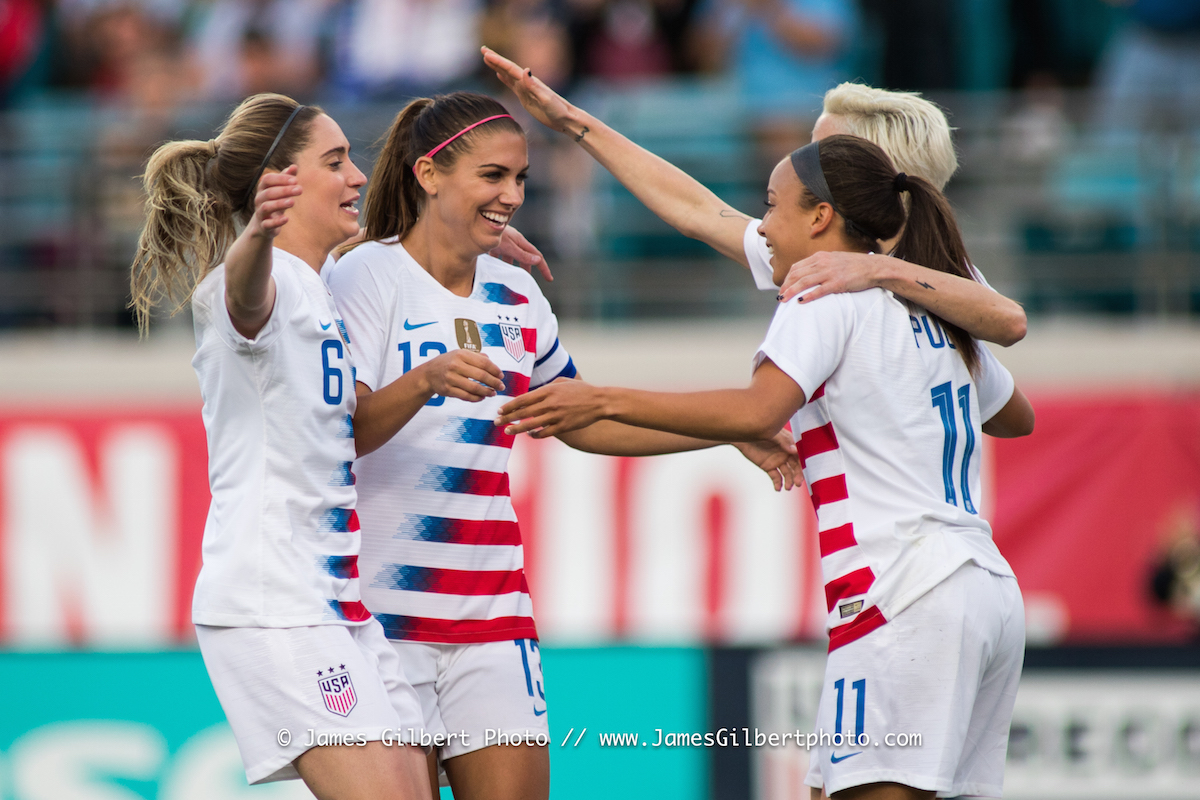 Jacksonville, FL – In the first of two April friendlies, the U.S. Women’s National Team took on Mexico in front of 14,360 fans at EverBank Field. The Stars and Stripes are unbeaten in 12 straight matches, having not allowed more than one goal in any of their matches during that span. Their last loss came on July 27th, 2017 to Australia in the Tournament of Nations. However, on this night, Team USA showed on full display why they’re the GOATs of women’s soccer.

The early bird gets the worm, and in this case, the U.S. got four of them. They scored 1st in the 6th minute, and would take that 1-0 lead into the half. Megan Rapinoe received a through-ball from Alex Morgan inside the penalty area, and centered it to Washington Spirit‘s Mallory Pugh for the goal just before Mexican goalkeeper, Bianca Henninger, could challenge her. In the 2nd half, Team USA would once again score within the 1st six minutes. The Orlando Pride‘s Alex Morgan was taken down inside the penalty area, and the referee immediately called for a penalty. Morgan went lower right corner, sneaking it past Henninger. Two short minutes later, Morgan received a through-pass from Lindsey Horan into the corner of the penalty area, and Morgan found the back of the net through an amazing angled shot. She’s scored 10 goals in her last 12 matches. Not satisfied with just one assist, one minute later, Horan sent a pinpointed cross into Sky Blue FC‘s Carli Lloyd where she scored her 99th career Team USA goal. Carli is currently 6th on Team USA’s all-time leading goalscoring list.

Third goal in four minutes as Carli moves within one strike of 💯 pic.twitter.com/LRO9TJ9fDE

The USA would concede a goal to Lloyd’s Sky Blue teammate, Katie Johnson in the 64th minute, but it was too little, too late. Team USA earned a decisive 4-1 win over the neighbors to the south. Next up, Team USA travels to Houston, Texas for a rematch against Mexico. 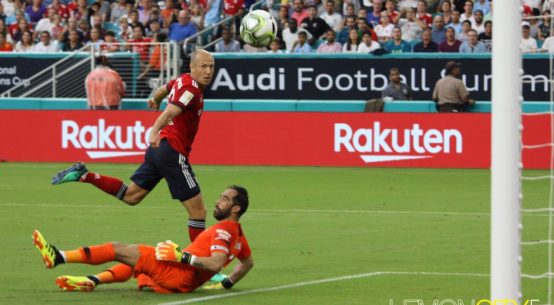 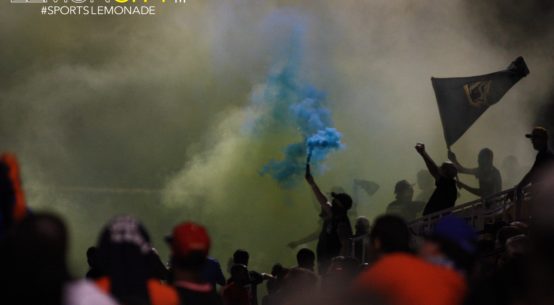