Both teams had an incentive to play well. Orlando, currently second in the east, wanted to continue their positive momentum after beating the Chicago Fire 0-1 at home the week before.

Inter Miami is looking to sneak into the playoffs. Going into the match, manager Phil Neville knew getting a result would be important.

In the end, both teams split points. Here’s how it happened.

Despite the 0-0 scoreline, the game did have its fair share of moments.

In the 10th minute, Miami defender Nico Figal gave away a penalty. Orlando City striker Tesho Akindele steps up to take the shot, but Nick Marsman looked unbothered as he made a comfortable save:

HUGE save by Nick Marsman to keep it 0-0!

Inter Miami came into the game playing conservative. Typically a team that relies on their wide players to help spurn on the offense, Neville set up the Herons in a way where they were forced to play narrow. Due to this, Robbie Robinson was largely nullified.

Up against Orlando City right-back Ruan, the 22-year old had a tough night. Though he didn’t score, Orlando City’s defenders were keen on stopping any offensive productivity from Robinson. The former Clemson striker was the most fouled player in the match (6.) Because of this, it’s easy to see why he struggled.

As the match went on Orlando threw the kitchen sink at Neville’s men. Daryl Dike came on in place of Akindele, and Nani came on for Silvester van der Water.

Unfortunately for Orlando, and fortunately for Inter Miami, Marsman came up huge once again to prevent the Lions from scoring at the end of the game:

Incredible diving save by the #InterMiamiCF goalkeeper to keep it 0-0. #ORLvMIA pic.twitter.com/a2DRIQVeNN

Inter Miami managed to pick up a point against a very good Orlando City side thanks to Marsman’s saves.

The big reason why the game ended 0-0 is because of Nick Marsman’s heroics. The recently acquired Dutch keeper started his Inter Miami career with a baptism by fire. The 0-5 drubbing that the Herons experienced was the catalyst to their current form.

Since then, Neville’s men have only lost once in their last eight games.

Last Friday night’s draw against Orlando showed that on the defensive side, things are starting to look up.

Miami’s backline of Leandro Gonzalez-Pirez, Nico Figal, and Christian Makoun help up well against a potent Orlando attack. The trio had a combined total of nine interceptions, 12 recoveries, and nine clearances.

Though the Lions did make an effort to find a game-winner, Marsman’s Man of The Match performance and a solid showing from Miami’s backline was exactly what Neville and his coaching staff wanted.

Finally, with the draw, Inter Miami is only a few points outside the top seven playoff spots. As Miami prepares to take on FC Cincinnati this Saturday, they will be without Robbie Robinson and Rodolfo Pizarro:

The #InterMiamiCF midfielder has been called up to @miseleccionmxEN for its upcoming FIFA World Cup Qualifying matches. The Mexican will join his national team after tonight’s match against Orlando City SC.

Both players have been called up to their respective national teams for their upcoming World Cup Qualifiers. Although both Robinson and Pizarro have been in good form, the Herons aren’t short of options on the bench.

Neville did say that players like Jay Chapman, Julian Carranza, and Brek Shea will be getting minutes over these next few games:

Neville has stressed that the squad will be rotated.

"Brek had one of his best performances today. Jay Chapman will get minutes soon. Everytime I leave him out, it's one of my toughest decisions. Carranza will get opportunities."#InterMiamiCF

While they may not be as highly rated as Robinson or Pizarro, Inter Miami will need to rely on their squad depth. As they head into their next game vs. FC Cincinnati, Neville’s starting eleven will look different. Ultimately, whoever is on the pitch will have to give 100% if Miami wants to pick up points. 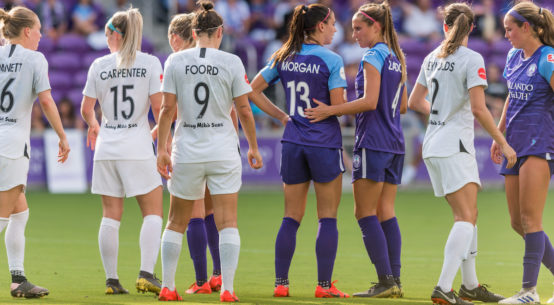