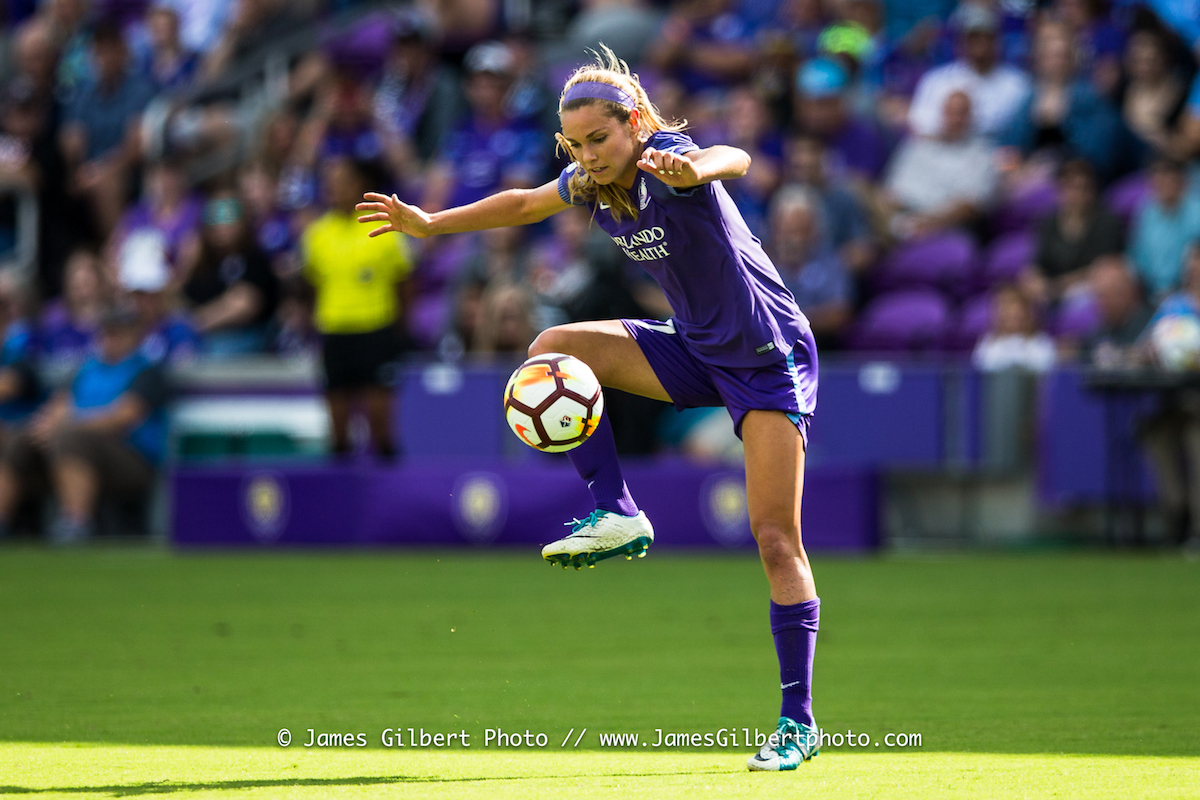 Orlando, FL – It only took four matches, but after drawing in their home opener, and two straight road losses, the Orlando Pride returned home and earned their first victory of the season. The Pride matched up against the Houston Dash, who has also been struggling, failing to win a match this season thus far. Last season, Houston finished in 8th place, with a -16 goal differential. Both teams struggling, the first to find their groove would win.

90s to the max. #ORLvHOUpic.twitter.com/IWpQQJi71r

It was 90’s night in Orlando, and the Pride ladies wanted to make Houston Salute Their Shorts. No one would be Saved by the Bell in this one. The first half was pretty even. Orlando dominated possession, but couldn’t break through. Orlando adjusted in the 2nd half and finally showed some Hang Time. Alex Morgan had a shot at goal, but she sailed it over the crossbar. However, The Pride has a player by the name of Christine Nairn. She’s tied for the league lead in assists. She has also taken five shots from outside the box this season, tied for the second most in the NWSL. She hasn’t scored a goal this season, but as long as she keeps pressuring opposing defenses, the goals will come. In the 65th minute, Nairn sent in a perfectly placed free kick that was headed in by Chioma Ubogagu. The duo linked up to score for the 2nd consecutive match. Chioma, by the way, has a great Twitter handle, @ChiAlreadyKnow, it’s genius, and I love it.

The #Technician with the goal to put us in the lead. #VamosOrlandopic.twitter.com/Wxo3X2jO07

Not to be outdone, Sydney Leroux nearly added to the lead on a breakaway when she ripped a shot off the left post. Next week should see Orlando increase in strength. This is the last match that Orlando will be without both Aussie and Brazilian national team players, as they were busy representing their countries in 2019 World Cup Qualifiers. The match ended 1-0. Next up, the Pride host the Seattle Reign, Saturday, April 28th, at 7:30 PM ET at Orlando City Stadium.

We take the three points behind a goal from @ChiAlreadyKnow and a clean sheet! #VamosOrlandopic.twitter.com/KloXkGh6OK