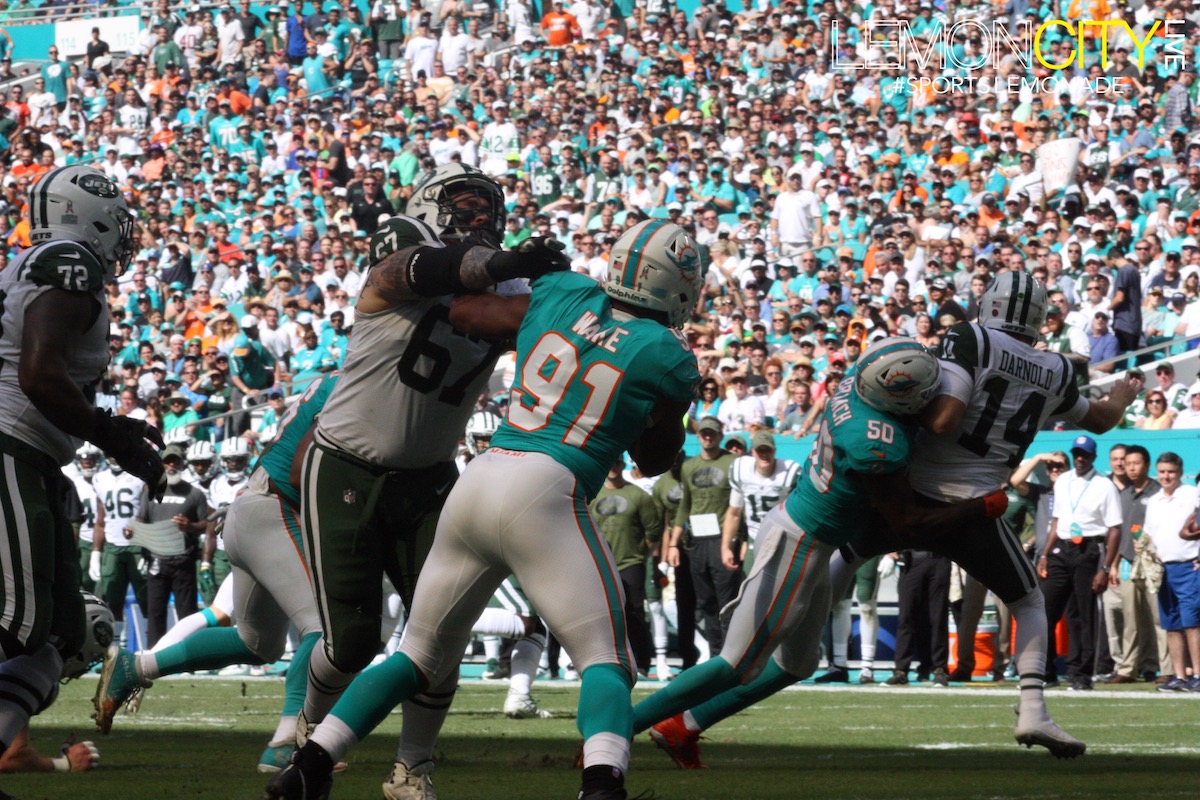 Miami Gardens, FL – They call this game, “The Eternal Rivalry”. Just kidding, but the Miami Dolphins vs. New York Jets rivalry is a pretty big deal down here in South Florida and up the I95 in New York. These organizations don’t like each other, and neither do the fanbases. The hatred even spreads outside of football into the NBA, as the Miami HEAT share the regional rival in the New York Knicks.

Heading into today’s game, the Jets lead the all-time head-to-head series 54–51–1. The Dolphins won their last matchup, 20-12, played back in week two, so the Fins look to sweep the leg on the season, Johnny! No Mercy! The Fins came into week-nine two games behind the AFC East-leading New England Patriots (aren’t you tired of reading that sentence?), and have a good chance of closing the gap, with the Pats hosting Aaron Rodgers and the always dangerous Green Bay Packers.

We’re off from @HardRockStadium! The @MiamiDolphins host the @nyjets to stay alive in the #AFCEast! pic.twitter.com/sjTD3eYmmr

If you expected this Fins/Jets game to be an offensive shootout, please join one of my fantasy leagues. I’d love to take your money. The game started out slow, five straight punts, and then the Jets threw an interception (shoutout to Kiko Alonso), followed by the Fins finally moving the ball downfield, but the drive was stunted by an Offensive Holding penalty on Ted Larson. Miami settled for a field goal. Three punts later, the Fins got the ball back and once again began to move the ball downfield. They went 14-plays for 51-yards, but once again had to settle for a field goal after failing to convert on a 3rd & 2 from the Jets nine-yard line. The Jets immediately followed up, going seven plays for 45 yards, and kicking a field goal of their own. That was the 1st half. It was like watching two babies try and figure out that toy where you put the shapes into their proper holes. The square doesn’t fit in the circle, Johnny! No Mercy!

The 2nd half wasn’t much better. There were four-straight punts, followed by a botched Jets field goal, and then another Fins punt. Now, this is where the Fins made their money. The Jets started on their own 15-yard line, and Sam Darnold showed his rookie side by once again throwing an interception, deep in Jets territory. This time, however, Jerome Baker took it to the house for his 1st INT of the season, and it was a pick-6 to boot! The Jets would go on to score another field goal, but that would be it. Sam Darnold threw two more INT’s, 1st to T.J. McDonald, then to Walt Aikens, who threw up twice on the play before his INT, which was the nail in the coffin for the Jets. Victory formation after that! Cobra Kai shows no mercy!

Yes, I know, Johnny Lawrence didn’t beat Daniel LaRusso in The Karate Kid, but the Jets don’t have a Mr. Miyagi. That guy’s in New England. Maybe Miami can learn Miyagi’s Healing Hands technique and help out Reshad Jones, who didn’t play most of the 2nd half. In his postgame press conference, Adam Gase said, “…he pulled himself out.” Cameron Wake was seen, what appeared to be, consoling Jones while the offense was on the field, with his arm around the Fins Safety. When asked about Jones, on what they spoke about and whether or not he’s too hurt to play, Wake said, “That’s between him and I.”

Kiko Alonso once again had himself a game. He’s putting up Pro Bowl numbers, and it shows. When asked about his season, he said, “I try to do the same thing every week. I’m just trying to give it everything I got out on the field.” Frank Gore has also been showing why he’s a future 1st ballot Hall-of-Famer. Today, he passed Barry Sanders, becoming number 6 on the all-time yards from scrimmage list. When asked about his accomplishment, Gore said, “I didn’t know that, but I’ll take it. Especially a guy who I looked up (to) when I was coming up as a kid. I felt like he was one of the top running backs I’ve ever (seen). I’m blessed by that.”

Today, Miami gets the 13-6 W vs. New York, and also earn the season sweep. Next up, the Fins face the Green Bay Packers in the frozen tundra of Lambeau Field. They’re back home on Dec. 2nd to face the Buffalo Bills. 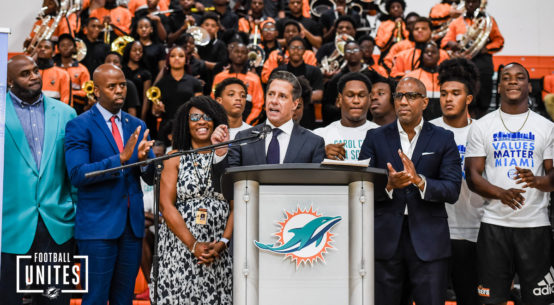