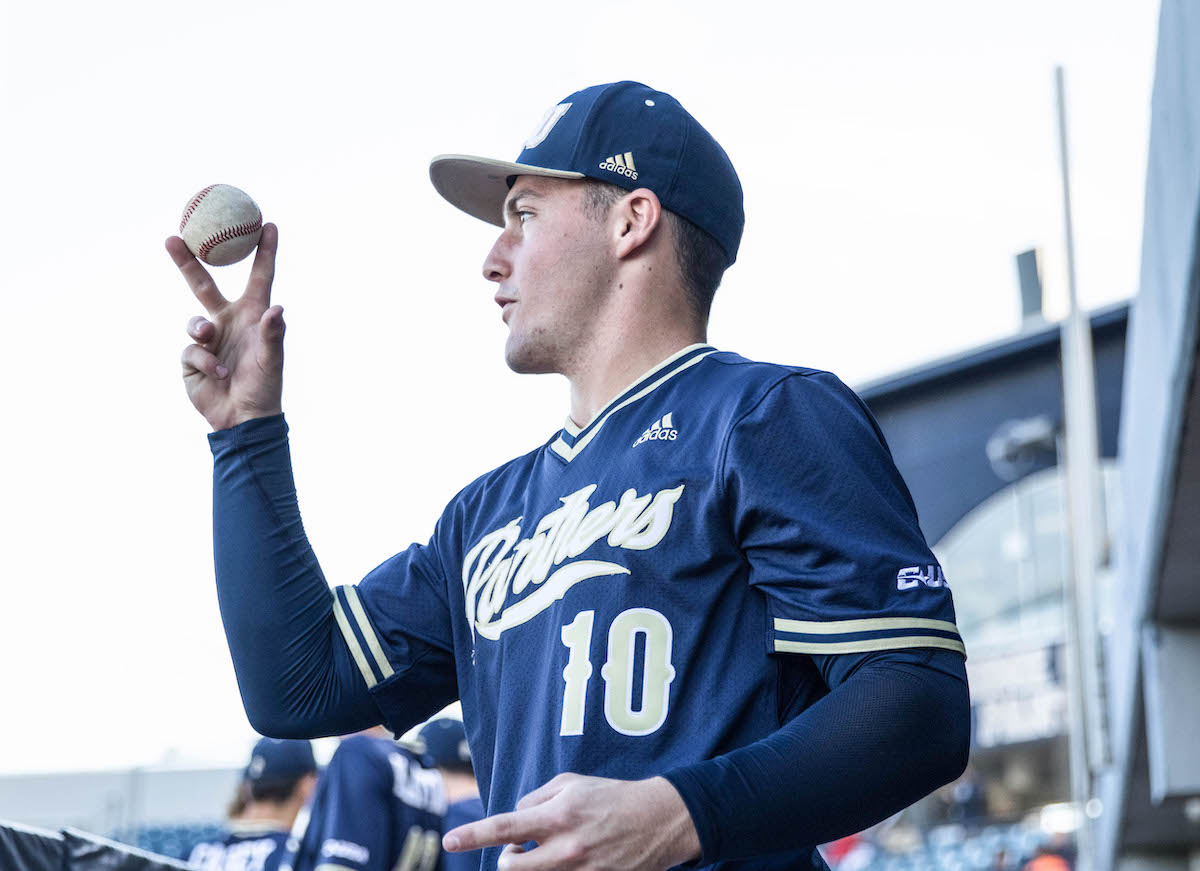 Miami, Florida – It’s time for our FIU Panthers baseball preview! The Blue and Gold are hungry and they’re ready for a full season in 2021. Like everyone else in NCAA baseball, their 2020 season was cut short due to the coronavirus pandemic. Florida International only got 15 games in (10-5) before the cancellation of spring sports. Similar to UM’s preview, this will be a showcase of several players in this year’s squad.

Pitching ace Logan Allen was selected by the Cleveland Indians in the five-round MLB Draft while Jose Garcia signed with the Boston Red Sox as a free agent. A lot of players are returning, especially with an extra year of eligibility granted by the NCAA in light of the COVID-19 outbreak. So let’s get right to it starting with some very familiar faces.

Another Year, Another Round

FIU’s speedster. Derek Cartaya usually hit second, starting in all 15 games last year. He hit .367 with two doubles and six RBIs, drawing 11 walks. Cartaya had four stolen bases and had the third-best on-base percentage (.472). In 2019, he appeared in 53 games (started in 49) hitting .316 with 11 doubles and 28 RBIs, leading the team in stolen bases with 20. It was the third-highest in the conference. His performance at the plate will be key for Florida International’s offense, particularly when hitting with runners in scoring position.

A reliable reliever turned starter. Will Saxton was one of the more effective pitchers out of the bullpen in 2019. Appearing in 27 games the southpaw went 0-3 with a 2.89 ERA, tossing 28 innings and allowing nine earned runs with 29 strikeouts. For 2020, the lefty was converted into a starting pitcher. He had four starts going 1-1 brandishing a 1.17 ERA while fanning 13. Able to contribute in both capacities, coach Mervyl Melendez has a versatile arm at his disposal.

The team’s left-fielder. After struggling at the plate in 2019, the Cooper City native bounced back in the canceled 2020 season. Juan Teixeira hit a .482/.508/.643 slash line in 56 at-bats, smacking two homers and 14 RBIs. By season’s end, Teixeira had nearly matched his previous numbers. In fact, he led the team in batting average, slugging, hits, RBIs, home runs, and even steals. Imagine those stats if he got a full year in. His bat will be needed again this season as the Panthers will look to generate an effective presence at the plate.

This kid had a decent freshman year. Ben Rozenblum appeared in all 15 games at third base, although he plays catcher too. In 49 at-bats Rozenblum hit .306 with 15 hits, three doubles, and eight RBIs. The plate discipline was a bit lacking as he whiffed 14 times so it will be something to look at in his second year with the team. Curiously, he suffered eight hit by pitches, which was 12th most nationally and second overall among freshmen. I remember some of them, they looked like they stung a little.

A former transfer from Wallace Community College-Dothan. Justin Farmer wields power and speed as FIU’s right fielder. Last year he started in all 15 games slashing .375/.435/.589 with the lone homer and 13 RBIs. He also drew six walks and swiped three bases. A small sample size but Farmer shows plenty of potential as a playmaker. Together with Teixeira, they make a potent outfield that can bring in a lot of runs.

Hailing from Gurabo, Puerto Rico this brand new freshman played at International Baseball Academy. Perfect Game got a look at him, among others, and considered him the 68th best player nationally and the second-best in Puerto Rico. He also happens to be the top shortstop in PR as well. That says a lot about the kid. According to the scouting report, Steven Ondina is very quick in the infield with lots of athleticism. He possesses both a strong and accurate arm, making tough throws on point. In double play situations, Ondina has a quick release to the ball. As a hitter, he has fast hands from a wide stance. At the plate, the right-handed batter has a long and loose swing, able to turn on the ball. Scouts believe he could be a great player based on his defensive capabilities.

This gentleman has a lot of potential as a first baseman. Adrian Figueroa attended Doral Academy and is considered the third-best at his position within the state of Florida and the tenth best nationally, according to Perfect Game. Per the scouting report, Figueroa has a long and very athletic build. At the dish, he has a loose swing with lots of natural lift and bat speed. He can turn the barrel and drive the ball, although it’s recommended the freshman needs to stand closer to the plate for better positioning. Defensively, he is very agile given his size with long reach and big arm strength to make those accurate throws.

A transfer from Florence-Darlington Technical College. Jermaine Vanheyningen is a right-handed pitcher who had 10 appearances in 2019, half of them starts. He went 3-1 with a 4.24 ERA in over 23 innings pitched. During that span, he K’ed 25 hitters. Perfect Game rates him in the top 30 overall within the state of New Jersey and top 10 among right-handed pitchers.

This rookie is from Cutler Bay, Florida. Shawn Perez attended Coral Reef Senior High School and, like his teammates, has potential. Scouts mention his physical frame and strength, noting room for further development. Perez has a good fastball complemented by a slider and the occasional changeup. He is able to pull the ball to the backside corner of left-handed hitters. Throwing across his body, the hurler creates a lot of swings and misses. Let’s see how he does on the mound.

Roll Tide! Playing at Alabama from 2017 to 2020, Garrett Rukes made 43 career appearances (22 starts) going 8-4 with a 2.38 ERA. In 98.2 IP Rukes fanned 77 and walked 36. Coming over from the SEC, Rukes can help the Panthers either as a reliever or a starter. Or both even depending on when he last pitched. As a southpaw, he offers up a bit of variety with a roster so heavy in righties. Expect him to work the pen, at least for the time being.

C-USA has added games to its schedule, specifically increasing the total number of conference games to 32, consisting of eight four-game series. The conference also changed to a divisional format to minimize travel for teams. The University of Southern Mississippi is favored to win the West Division. FAU was picked to claim the East Division over Old Dominion and FIU in the coaches’ preseason vote.  Lousiana Tech figures into the mix as well with Charlotte and the Panthers considered rising programs.

Looking at the slate, Indiana State should provide a nice primer before FIU’s first true test of the season against Coastal Carolina. The Chanticleers are ranked No. 23 in the preseason poll by Collegiate Baseball. In late March the Blue and Gold travel to Norfolk, Virginia to play Old Dominion in their first conference series. However, late April and early May will be make or break. The Panthers go on a gauntlet of at least six games in a home and away series versus FAU followed by Lousiana Tech. That long stretch of games will likely determine whether Florida International moves on to the C-USA baseball championship in Ruston, Lousiana. The top eight teams following the regular season will advance to play a double-elimination tournament with a single-elimination championship game. 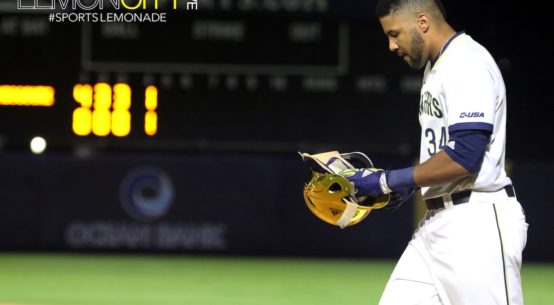 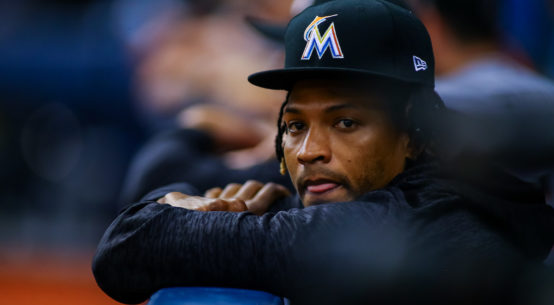